By the 1790s North Carolina was an independent state in an independent nation, but as its society and economy grew and changed, old conflicts lingered. Eastern elites and western farmers clashed over the need for transportation, education, and economic opportunity. North Carolina became more than ever a slave society, and thousands of Cherokee were forcibly removed from the state. North Carolina became known as the “Rip Van Winkle state,” and some wondered whether it would ever wake up. Meanwhile a wave of religious revivals swept the state and brought reform in its wake. As westerners and reformers gained power in the 1830s, the state began to grow again.

Designed for secondary students, part four of our web-based “digital textbook” explores the political, social, and cultural history of the state from the establishment of the federal government through the 1830s and combines primary sources with articles from a variety of perspectives, maps, photographs, and multimedia to tell the many stories of North Carolina in the early national period: 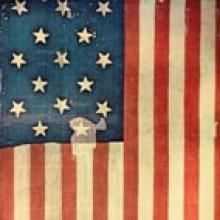