President Lincoln had hoped for “malice toward none… charity for all,” but after his death, northern Republicans were not inclined to forgive and forget. They quickly abolished slavery, but President Andrew Johnson seemed content to let conservative white rule pick up where it had left off. Congress enacted military reconstruction, in which the United States Army would occupy former Confederate states until they had met new requirements for readmission to the Union — including ratifying amendments to the Constitution that gave black people equal citizenship and voting rights.

In this chapter we’ll analyze Southern whites’ attempts to regain control after the war, the North’s policies of Reconstruction, and the struggles of black Americans for their civil rights.

13th Amendment to the U.S. Constitution: Abolition of Slavery (1865) 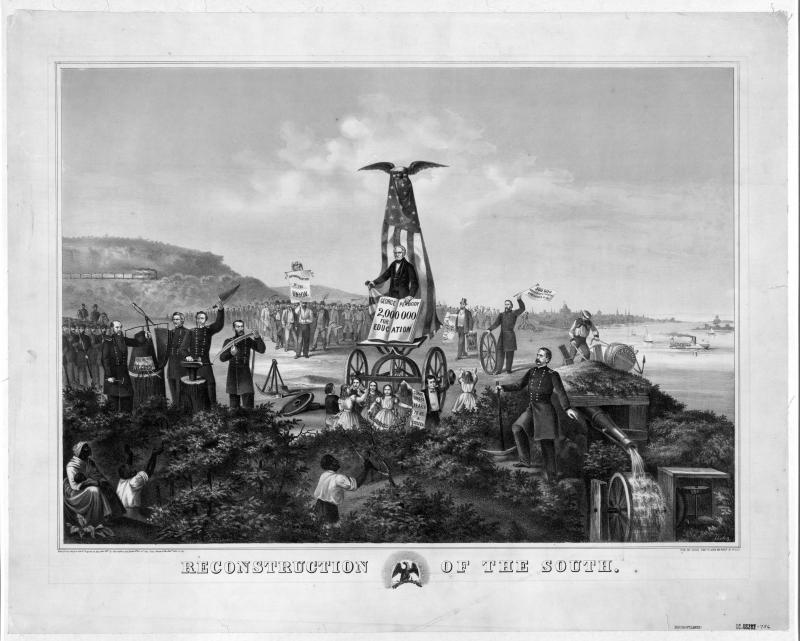 A northern poster proclaims the “Reconstruction of the South,” supported by mechanics, farmers, and laborers and inviting black Americans (condescendingly) to "learn to be a citizen."