Turn of the 20th Century Technology and Transportation

The Wright brothers gave the world the airplane, but North Carolinians’ lives were changed more dramatically by other inventions in the early twentieth century — the telephone, electric power to homes and businesses, and the automobile. By the 1920s, these new means of communication and transportation had changed not only the way people lived and worked, but the way they thought about time and space. In 1870, ten miles was, for many people, a long way to travel, and you’d have been lucky to get an occasional letter from a relative out of state. Sixty years later, people in different states could keep in constant touch, and travel across the continent was almost routine. In this chapter, you’ll explore both the process of invention and the changes that inventions wrought. 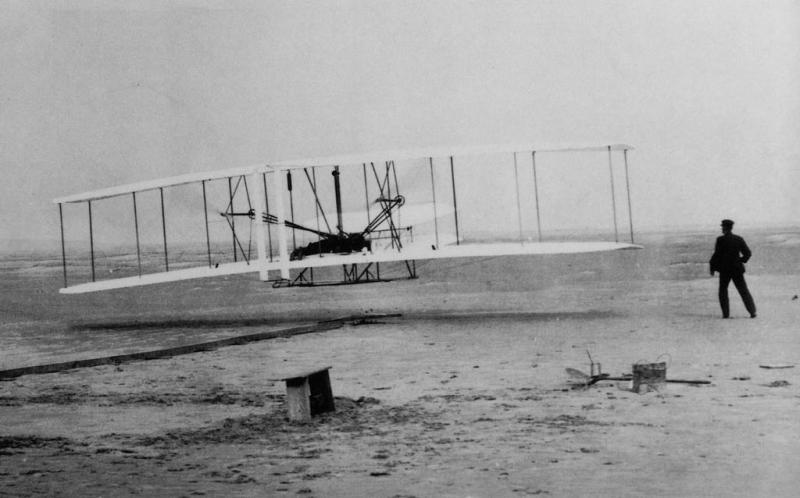 John T. Daniels of the Kill Devil Hills Life Saving Station captured the Wright brothers’ historic first flight on December 17, 1903. Orville is piloting the plane, while Wilbur is running alongside.