Railroads reached Asheville in 1880 (from Salisbury) and in 1886 (from Spartanburg). The city soon gained popularity as a tourist and health resort, but the two-mile trip from the train depot to downtown remained a difficult one for visitors and citizens alike. The journey required climbing hills that were a 10.5 percent grade, too steep for horsecar operation.

E. D. Davidson of Long Island, New York, who had financed a horsecar system in Halifax, Canada, visited Asheville in 1888 to explore opportunities. The city soon authorized a charter for an electric railway that would include lines from Public Square (now Pack Square) to various sections of the city, including the depot that served the Western North Carolina Railroad. Davidson agreed to build the system in collaboration with Frank Sprague, builder of the Richmond streetcar system. John Barnard helped supervise construction and became the company’s general manager.

The line to the depot opened on February 1, 1889. From the Public Square, the line extended down South Main Street (present Biltmore Avenue) and Southside Avenue, and then was routed onto Depot Street (west of present-day McDowell Street) to the depot, located on flat land in the railroad yard.

A number of railway companies organized and built streetcar lines to emerging neighborhoods and outlying areas, including the Sulphur Springs resort and Biltmore Village. By 1907 Asheville led the state by carrying three million streetcar passengers, compared to Charlotte and Wilmington with two million each. By 1915 the street railway reached its maximum size, operating forty-three rail cars on eighteen miles of track, including one to the newly opened Grove Park Inn and the surrounding upscale neighborhood. Thomas Wolfe described the city's streetcars in his short story "The Lost Boy": "The streetcars ground into the square from every portion of the compass and halted briefly like wound toys in their old familiar quarterly-hour formula."

Following Asheville in establishing electric streetcar service were Winston (July 1890), Charlotte (May 1891), Raleigh (Sept. 1891) and Wilmington (1892). In 1900 most of Asheville’s railways were consolidated into the Asheville Electric Company, renamed Asheville Power and Light Company in 1912. In 1926 the company was sold to Raleigh-based Carolina Power and Light Company. The electric streetcar system in Asheville ceased operation in 1934, supplanted by buses. 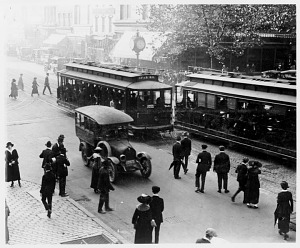 from the National Museum of American History 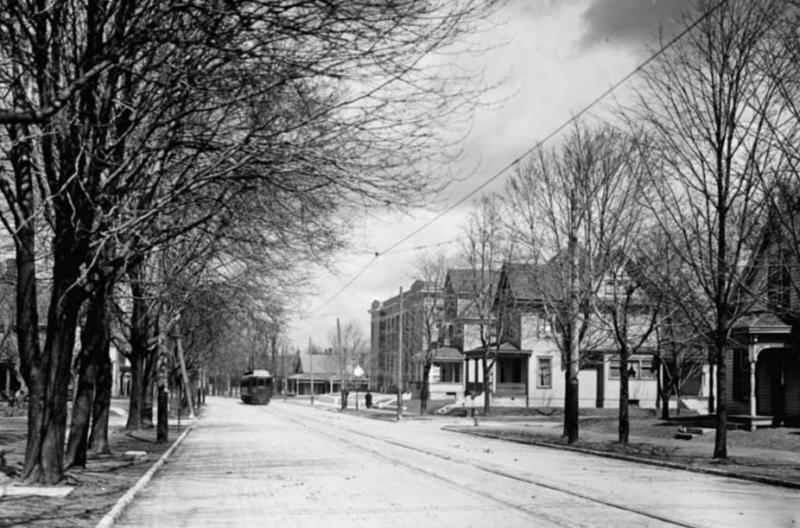 By the first decade of the 1900s, electric streetcars linked the downtowns and residential parts of many American towns. 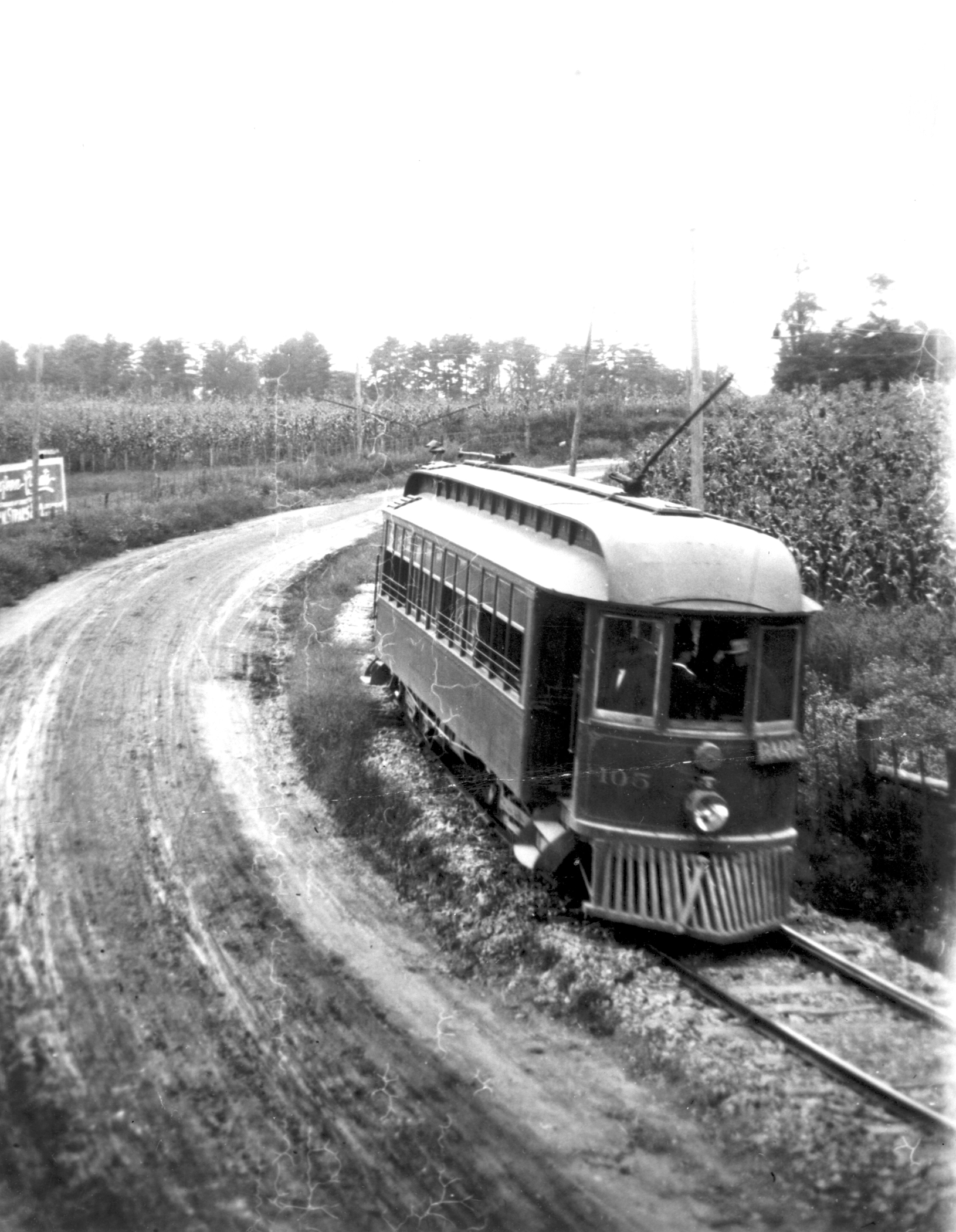 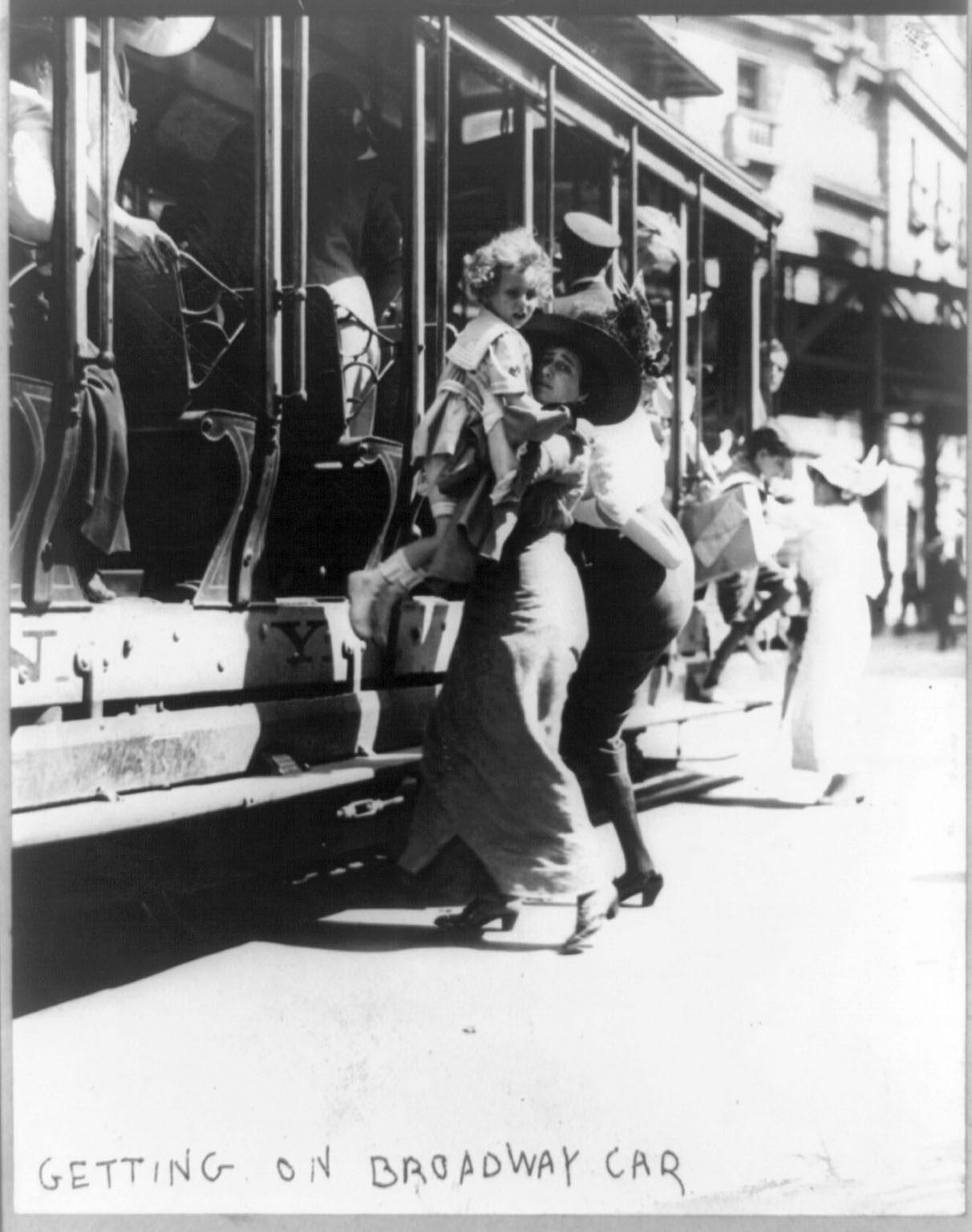 A woman helps a child onto a streetcar in New York City, 1913.