In the first decades of the nineteenth century, the Second Great Awakening swept the United States, bringing new interest in religion and in social reform. Across the country, ministers held revivals, most often in the form of camp meetings. At these revivals, people experienced conversion and salvation in ways that were often quite dramatic. In the South, this period is sometimes called the "Great Revival."

Both white and black North Carolinians experienced the Revival, but in different ways. In this chapter we’ll read the experiences of some men and women who participated in early nineteenth-century revivals, both as ministers and as converts, and we’ll explore the reasons for their participation and conversion and the impact their experiences had on their lives. 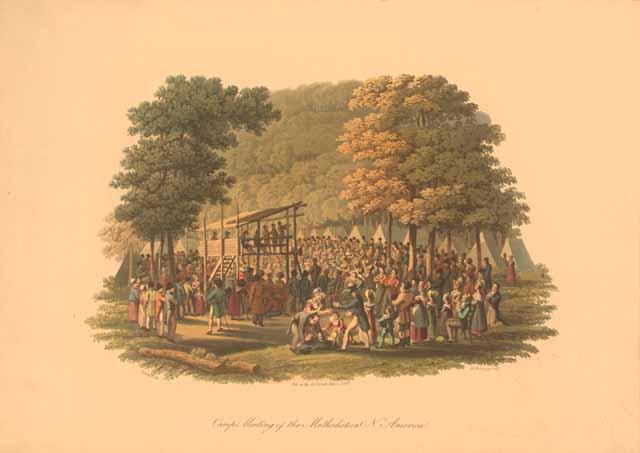