U.S. involvement in World War II lasted for nearly four years, and more Americans died than in any war except the Civil War — though even those numbers paled in comparison to the carnage other nations endured. For six months after Pearl Harbor, Japanese forces took island after island in the Pacific, and Americans feared an invasion of the West Coast of the United States. In the summer of 1942 the tide of the war in the Pacific began to turn, and for three years, Allied forces fought their way through the Pacific to the shores of Japan. In Europe, the Soviet Union desperately fought the Germans in the east, while American and British troops fought their way through North Africa, invaded Italy, and finally opened a second front in France in 1944.

In this chapter you’ll follow the progress of the war from 1942 to 1945. Documentary film, radio broadcasts, contemporary magazine articles, battle maps, and oral histories will help you explore some of the war’s major events. 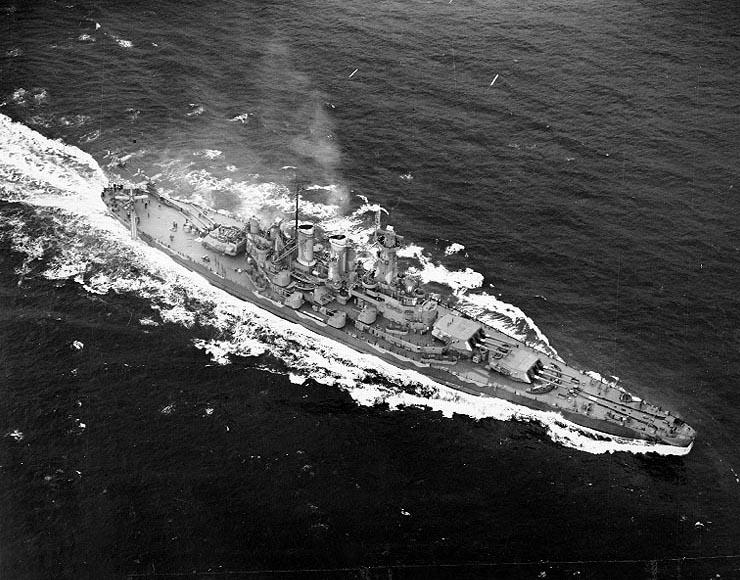 The USS North Carolina at sea off the East Coast of the United States, April 1942.