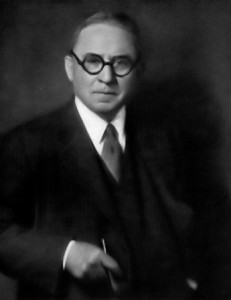 For a relatively brief period, the Audubon Society of North Carolina (ASNC) was perhaps the most important of the state Audubon societies formed as a part of the bird protection movement generated by the American Ornithologists' Union (AOU). The movement began in the 1880s, when the AOU noted that the killing of game birds (birds generally regarded as suitable for eating) was regulated by numerous states but that few had laws protecting nongame birds; furthermore, what little nongame bird protection legislation existed seemed to be totally ignored. Consequently, many bird species in America were rapidly declining in number. Birds were killed for sport, collected for study and amusement, and destroyed as nuisances. A few extremely poor people ate birds of any species. Millions of birds were killed each year for the millinery industry. By the 1880s almost every woman's hat was decorated with wild bird feathers. To meet the demand, several species of the gull and heron families, including the populations in North Carolina, had been hunted almost to extinction.

The ASNC was founded in 1902 by AOU member T. Gilbert Pearson, a biology professor at what is now the University of North Carolina at Greensboro. Pearson had begun writing and making speeches about the need to protect birds while a Guilford College preparatory student. Only 28 years old when he founded the ASNC, he had already developed into the most persuasive speaker and lobbyist among the nation's ornithologists.

Public support for the ASNC in its first year emboldened Pearson to draft a bird protection bill incorporating most of the AOU model law's provisions and authorizing the society to enforce the proposed protection for birds and all North Carolina game laws. Largely because Pearson lobbied persuasively, his bill, known as the Audubon Act, passed easily in both houses, became law on 6 Mar. 1903, and took effect immediately. Thereupon, the ASNC, a private organization endowed with public authority, became the first state wildlife commission in the South.

The ASNC flourished for six years as a combination educational organization and law enforcement agency. Armed with natural history books, its wardens taught people about birds and game and regulations relating to them. Anyone apprehended in violating the regulations, after warnings, was arrested. Pearson provided small natural history libraries to interested schools and enticed teachers to establish Junior Audubon Societies in their classrooms. He gave frequent lectures illustrated with color stereopticon slides. The state commissioner of agriculture joined the ASNC board of directors, and his summer institutes for farmers took on a teacher employed by the ASNC to talk to joint meetings of farm men and women about the value of birds to agriculture.

Although North Carolinians in general complied with the Audubon Act, there were problems-particularly along the coast, where ASNC wardens struggled to nurture the nearly depleted gull and heron colonies and stop illegal hunting of ducks and geese for shipment to northern markets. Pearson bought for the ASNC four small coastal islands where gulls and terns could be given special protection. Their populations increased with gratifying speed. Within a few years, the largest least tern colonies in the eastern United States were breeding on the Audubon islands.

Enforcement of the game laws in the coastal counties gradually aroused strong resentment. In 1909 a senator from Beaufort County introduced in the legislature a bill to remove Beaufort and Currituck Counties from the ASNC's jurisdiction. The idea immediately appealed to other eastern legislators. Pearson's supporters on the game committees of the House and Senate tried to trap the bill but were outvoted. It was brought to the floor of both houses and amended many times. When finally enacted into law, it removed 52 counties from the ASNC's jurisdiction.

Thereafter, the ASNC declined steadily. After two years, Pearson resigned from office and moved to New York to take charge of the National Association of Audubon Societies (now the National Audubon Society). In 1911, and for the next 16 years, Pearson collaborated with the ASNC in urging the North Carolina legislature to abolish the society and create a fully public agency. This effort finally succeeded in 1927, when the legislature passed an act creating a State Game Commission, abolishing the ASNC, and transferring its property to the new commission.

I need to find information

I need to find information on a safe sealer for the inside of the bowl on a concrete birdbath and fountain.