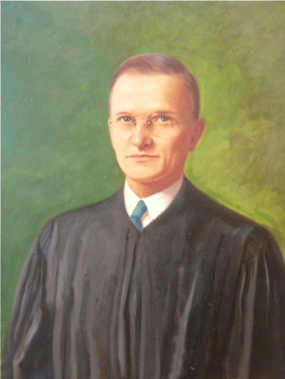 Maurice Victor Barnhill, lawyer and chief justice of the North Carolina Supreme Court, had the distinction of being the first honor law student at The University of North Carolina. He was the son of Martin VanBuren Barnhill and Mary Dawes Barnhill and was born near Enfield in Halifax County. His parents were affiliated with the Methodist Protestant church and worshiped at the historic old Bradford's Church located near their home. Barnhill attended the Elm City Academy and was graduated from The University of North Carolina School of Law.

He was admitted to the bar in 1909 and practiced law in Raleigh for a year before moving to Rocky Mount, where he lived and practiced law for the next twenty-seven years. He became a superior court judge in June 1924 and was appointed associate justice on the state supreme court on 1 July 1937. He became chief justice of the supreme court on 1 Feb. 1951, a position he occupied until his retirement. On 30 Apr. 1946, The University of North Carolina awarded him the honorary LL.D. degree.

As a superior court judge, Barnhill presided over two trials that attracted world-wide attention. The more famous of the two involved the murder of Gastonia's police chief. There was a suspicion of Communist activity connected with this 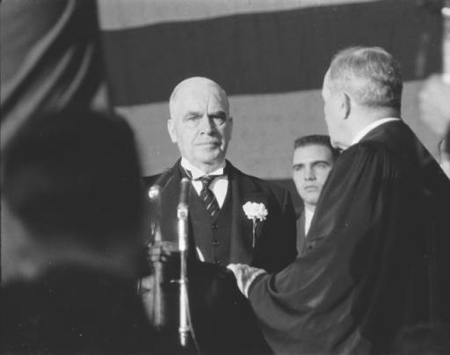 murder, and, during the course of the trial, a "Kangaroo Jury" sat in the balcony of the courthouse to return its own verdict. The trial received international publicity, including an article in Time magazine complimentary to Barnhill's handling of it. The other case involved a man named Luke Lea, who was some $1 million overdrawn at an Asheville bank during the depression.

When a portrait of Chief Justice Barnhill was unveiled in the Justice Building in Raleigh in March 1966, U.S. Senator Sam Ervin stated: "Graced with sophistication in knowledge of many subjects, he yet retained that simplicity of manner and firmness of conviction that comes with self-knowledge, belief in God, and an awareness of man's place in the universe."

Barnhill married Nannie Rebecca Cooper of Rocky Mount on 5 June 1912. To their union were born two children, a son and a daughter. Barnhill was buried in Raleigh.