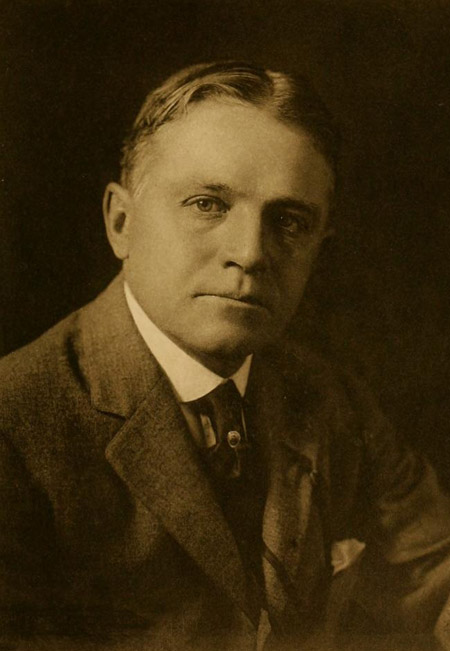 Charles Baskerville, chemist and college professor, was born in Deerbrook, Noxubel County, Miss., the son of Charles Baskerville, a physician and former Confederate Army captain, and his wife, Augusta Johnson. The family traced its origins to Charles Baskerville of Mecklenburg County, Va., a Continental army officer during the American Revolution. A cousin, William W. Baskerville (1850–99), was a noted professor of English at Vanderbilt University (1881–89).

Baskerville's father distinguished himself in treating the sick during the yellow fever epidemics at Memphis, Tenn., in 1876 and 1879; he died of pneumonia contracted in the course of the latter epidemic. Baskerville grew up in his maternal grandparents' home in Columbus, Miss., where he worked part-time as a printer's devil. After a varied academic career, including studies in local Columbus schools, two years at the University of Mississippi, and specialty courses at the University of Virginia (1890) and Vanderbilt (1890–91), he entered The University of North Carolina, from which he was graduated with a B.S. degree in 1892.

Baskerville's undergraduate record at Chapel Hill was brilliant. A member of Phi Beta Kappa, the Gimghouls, and Delta Kappa Epsilon Fraternity, he was also president of the powerful University Athletic Association and first editor of the student newspaper, the Tar Heel. In his spare time he was fullback and manager of the Carolina football squads of 1892, 1893, and 1894.

After an intensive summer course in chemistry at the University of Berlin (1893), Baskerville returned to Chapel Hill to complete his graduate work under Francis Preston Venable; in 1894 he received a doctorate for his dissertation, A Comparison of the Methods of Estimation and Separation of Zirconium. Within the next decade, he advanced rapidly in the university hierarchy, serving successively as assistant in the chemical laboratory (1891–93), instructor in chemistry (1893–94), assistant professor of chemistry (1894–98), and associate professor of chemistry (1898–1900). In 1900, upon Venable's succession to the presidency, Baskerville became chairman of the chemistry department, Smith Professor of General and Analytic Chemistry (after 1902, Smith Professor of General and Industrial Chemistry), and director of the chemical laboratory, all of which positions he held until 1904. From 1901 onward, he was also staff chemist for the North Carolina State Geological Survey.

During this period, Baskerville continued his research, concentrating on a study of the rare earths thorium, lanthanum, praseodymium, and neodymium and the rare metals titanium and zirconium. This work was climaxed in 1903, when Baskerville announced the discovery of two previously unknown chemical elements, which he named "carolinium" and "berzelium." Though refuted by later research, these claims were sufficiently respected by his contemporaries to earn him an invitation to join the faculty of the City College of New York, which he accepted in 1904.

From 1904 onward, Baskerville served as professor of chemistry at City College and as director of its chemical laboratories, succeeding D. O. Doremus. In these capacities, he completely reorganized his department, designed new laboratory facilities, and acted as a consultant to the city, state, and federal governments in such fields as wood alcohol regulation and school and factory ventilation. At the same time, his personal research shifted from pure science to such applied fields as the manufacture and use of surgical anaesthetics, refinement of vegetable oil, recovery of shale oil, and recycling of paper. As chairman of the American Chemical Society's Committee on Occupational Diseases, he was among the first scientists to study seriously the problem of industry-related illnesses.

The author of six books and over two hundred scientific papers, Baskerville also wrote extensively on scientific topics for such popular journals as Science and Review of Reviews.

Baskerville died at his home in New York and was buried at Oakwood Cemetery in Raleigh.

*The name here should be Mary Boylan Snow, not Mary Boykin Shaw.

Baskerville, Charles. "The Function of the University." University of Virginia Alumni Bulletin (August 1910).

Baskerville, Charles, ed. Municipal Chemistry: a Series of Thirty Lectures by Experts on the Application of the Principles of Chemistry to the City, Delivered at the College of the City of New York, 1910. New York: McGraw-Hill Book Co., 1911. https://archive.org/details/municipalchemist00baskuoft (accessed February 15, 2019).

Hello I am doing a research

Hello I am doing a research paper on the father (Confederate Army Officer) of Charles Baskerville who also has the same name. Do you have any information or sources that I can contact?

Very interesting article. I would like to point out a small error at the end regarding Charles Baskerville's wife, who was my grandfather's older sister, Mary Boylan Snow, not Mary Boykin Shaw. Here is a link to a page about her on the Find a Grave website:
https://www.findagrave.com/memorial/93426589/mary-baskerville
Their daughter Elizabeth McCulloch Baskerville was named after Mary's mother, Elizabeth McCulloch Boylan Snow.

I enjoyed this article so

I enjoyed this article so much. I knew that he was Charles the artist's father and that he taught at UNC, Chpel Hill. I knew that he had studied or had attended lectures by Madame Curie. I had only looked up one of his books at Wilson Library at UNC. This article really helped me get to know about this relative. My mother and I got to visit Charles Junior once when he was in his 90s in New York.