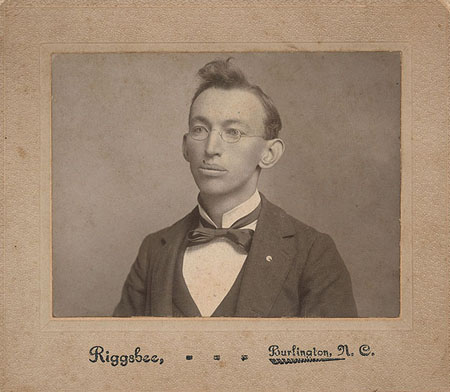 Neil Graham Bethea, Methodist Protestant evangelist and minister, was born in Little River, near Fayetteville, the son of William Cameron and Mary Jane Morris Bethea. At an early age, he moved with his family to Burlington. He attended public schools and Catawba College, but because of poor eyesight he did not complete his college course. He joined the North Carolina Annual Conference of the Methodist Protestant Church in 1897 and served for forty-seven years as an active minister and for five additional years as a retired "supply" minister. He was ordained an elder in 1902.

Bethea was an accredited instructor in training classes in his denomination and was sought after for youth assemblies and community training schools. He was active among the leaders in founding High Point College, a school to which all his younger children went for their higher education. In appreciation and recognition of his successful ministry and dedication to the cause of Christian education, High Point College bestowed upon him the honorary D.D. degree in 1934. 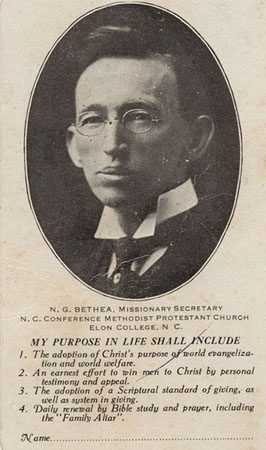 Bethea served as conference evangelist for a number of years, traveling across the state holding ten-day revivals "wherever people would gather to listen." In his early ministry, he traveled on foot and by horseback. He said of his methods: "I didn't do anything fancy. I'd give my sermon, pray, and ask them to come to the altar, and they came." He preached over 20,000 sermons and recorded some 8,061 conversions. His first pastorate was in Ellenboro, after which he went to Bessemer City, where Bethea's Chapel was later built and named in his honor. He also served pastorates at Gibsonville, Yarborough, Granville Circuit, Halifax Circuit, Lexington, Asheville, Fletcher, Tryon, and Swannanoa. He served as the conference missionary secretary in 1915–16. In 1926 he made an extensive tour of Palestine.

Bethea attended seven general conferences of the Methodist Protestant church and was an alternate delegate at the uniting conference of the three branches of Methodism in 1939. He retired in 1949.

On 6 Dec. 1899, Bethea married Hattie C. Warlick, daughter of Samuel M. and M. Frances Wood Warlick of Pleasant Hill in Cleveland County. To this union were born five children. Bethea died in Greensboro and was buried there in the Guilford Memorial Park.