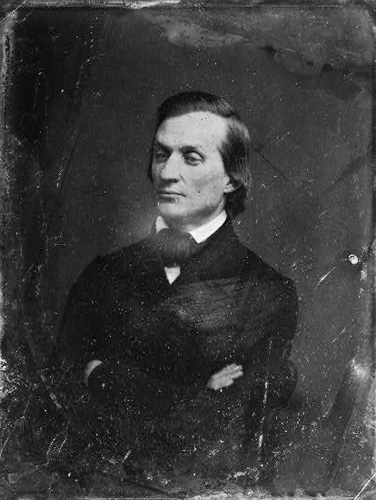 Solon Borland was a U.S. senator, diplomat, attorney, physician, Confederate general, journalist, and enslaver. He was born in Nansemond County, Va. In about 1818, his parents, Dr. Thomas Borland, a native of Scotland, and Harriet Godwin Borland, moved with their three sons to Murfreesboro, where Solon was to spend his next sixteen years. Solon was educated at Hertford Academy in Murfreesboro. He gained a brief notoriety in 1827 when, following an altercation with Murfreesboro merchant James Morgan, Solon and an older brother attacked Morgan with a knife and almost killed him.

In 1831, Borland was an officer in a Murfreesboro cavalry company that took part in the suppression of Nat Turner's Revolt in nearby Southampton County, Va. Again Borland's name was before the public when he and members of his detachment accused members of another detachment of robbing the bodies of murdered black people. This theft of bodies violated the property rights of the enslavers during the period. At a July fourth celebration near Murfreesboro in 1831, Borland was one of several orators of the day.

In 1836, Borland went to Philadelphia for medical training; he practiced briefly after that in Virginia as a dentist and later practiced as a physician. A monograph he published in Arkansas in 1845, entitled The Milk Sickness in Humans, or the Trimbles in Animals, is thought to have been the first scientific work published in that state. Previously, however, he had become active in journalism. His first journalistic venture is said to have been the founding of a newspaper at Portsmouth, Va., probably in the early 1830s. In 1839 he became editor of the Memphis (Tenn.) Western World and subsequently held editorial positions in Kentucky and in Little Rock, Ark. Borland was a presidential elector in Arkansas in 1845 and in the following year raised a cavalry company there for service in the Mexican War. 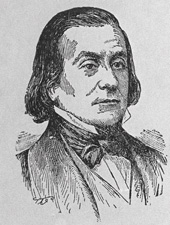 Appointed to the U.S. Senate following the resignation of A. H. Sevier in 1848, Borland won election in his own right in 1849 and served until his own resignation in 1853. He was appointed in the same year minister to Central America and, during his term, was a principal in the circumstances leading to the destruction of Greytown in 1854 by the U.S.S. Cyane. Borland was offered the governorship of the Territory of New Mexico but declined in order to practice law in Little Rock.

In the spring of 1861, prior to the secession of Arkansas from the Union, Borland organized a body of troops and took possession of Fort Smith for the Confederacy. He afterward became colonel of the Third Arkansas Cavalry, a unit he personally recruited. He died while on service in Texas in 1864.

Borland was married three times: to Mrs. Huldah Wright of Suffolk, Va., by whom he had two sons; to a Mrs. Hunt of Tennessee; and to Mary J. Melbourne of Little Rock, by whom he had another son and two daughters.

Solon Borland (1811–1864), The Encyclopedia of Arkansas History and Culture: http://www.encyclopediaofarkansas.net/encyclopedia/entry-detail.aspx?entryID=1595