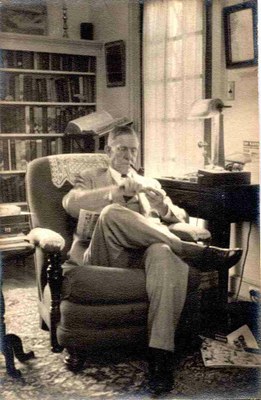 James Bell Bullitt, physician and professor of pathology, was born in Louisville, Ky., of English ancestors who had been for generations prominent in Virginia and Kentucky. His father was Thomas Walker Bullitt and his mother Annie Priscilla Logan. He was educated at the Rugby School in Louisville, Washington and Lee University (A.B. 1894, A.M., 1895), and the University of Virginia (M.D., 1897). He continued his study in a New York hospital and then established a private practice in Louisville.

Bullitt returned to the University of Virginia in 1899 as demonstrator of anatomy until 1903, when he accepted a position as professor of anatomy in the University of Mississippi Medical School. There he began to demonstrate his well-rounded knowledge and varied interests, teaching bacteriology and histology as well as anatomy. He remained a distinguished member of Mississippi's faculty until his appointment in 1913 as chairman of the department of pathology of The University of North Carolina Medical School, a position he filled with distinction until his retirement in 1947. Bullitt entered the U.S. Army as a major in the Medical Corps and served in France at Base Hospital 65 from August 1918 until July 1919. He advanced to the rank of lieutenant colonel and later to that of colonel in the U.S. Army Reserve Corps. In 1948 he was honored by his former students when his portrait was presented to the Medical School. On his sixty-third birthday, the Medical School History Club changed its name to the James Bell Bullitt Club.

At Washington and Lee University, Bullitt had been initiated into the Phi Beta Kappa Honor Society and Phi Gamma Delta social fraternity; he was also a member of Phi Chi and Alpha Omega Alpha, honorary medical fraternities. He remained active in these organizations throughout his life, especially Phi Gamma Delta, offering counsel and strength to many generations of students. Bullitt was a Fellow of the American Medical Association and a member of the American College of Physicians, American Microscopic Society, American Society of Clinical Pathologists, Southern Medical Association, Society of Military Surgeons, North Carolina Medical Society, North Carolina Academy of Science, the Prehistorical Society of America, and the American Anthropological Association.

Bullitt's memberships in anthropological societies indicate the wide range of his serious interests. For years he was an avid collector of Indian artifacts in America and those of the Stone Age in Europe. On one occasion he almost got into serious trouble with the customs officials in New York when, on a return voyage from Europe, his remarks about the "precious stones" in his luggage were misinterpreted. This valuable collection of archaeological samples is now in the laboratories of The University of North Carolina.

Bullitt was married on 30 May 1901 to Evelyn Bryan at the University of Virginia. They had three children: Thomas Walker II (1901–5); James Bell, Jr. (1906–57); and Margaret (b. 1905), who married Guy Cardwell, Jr. Bullitt was an Episcopalian, serving on the vestry of the Chapel of the Cross in Chapel Hill. In politics, he was a Democrat. He died in Lexington, Mass., and was buried in the old Chapel Hill Cemetery (his tombstone incorrectly says he died in Chapel Hill).

Few men connected with The University of North Carolina have had Bullitt's breadth and depth of interests. Throughout his long career he was a powerful influence with both faculty and students.

Dr. James Bell Bullitt whittling wooden figurines in his office (circa 1940). Image courtesy of the UNC Bullitt History Of Medicine Club. Available from http://www.med.unc.edu/bhomc (accessed May 14, 2013).