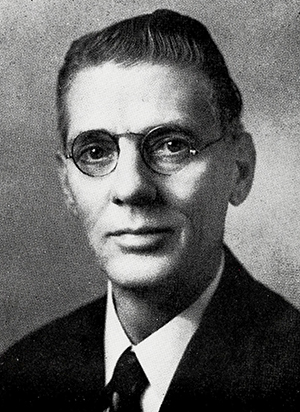 John Roland Cantrell, minister, educator, and college president, was born in Spartanburg County, S.C., one of ten children of David L. and Elizabeth Cantrell. He attended the Baptist-supported Boiling Springs High School in North Carolina, completing his work there in 1919. Later he entered Wake Forest College, but not before facing a serious personal crisis: a call to the Christian ministry. Friends, well meaning, no doubt, urged him not to pull up stakes at the age of thirty-three, launch out on faith, and move his family to Wake Forest. But he obeyed the call, turning a deaf ear to those who tried to deter him. He sold his farm and horses and headed for Wake Forest, arriving there with about fifty dollars in his pocket. By working and borrowing, he obtained his degree from Wake Forest in 1924.

Even while a college student, he served as pastor of the Hillsborough Baptist Church. In 1928 he became an evangelist for the North Carolina Baptist State Convention. Some time thereafter he accepted a call to the Plymouth Baptist Church, serving there until 1931, when he resigned to become pastor at Newton. At the time of his arrival in Newton, the Sunday school enrolled about 200; when he left, enrollment averaged 367. Late in 1937 he felt called to accept the pastorate of the Calvary Baptist Church in Morganton, where he was to remain about two years, serving at the same time three small churches nearby.

In 1939, Cantrell left his pastoral duties in Morganton to become president of Boiling Springs Junior College, in which he had become interested while conducting a revival meeting at the Boiling Springs Baptist Church the previous summer. On 5 May the nominating committee of the board of trustees made official his election. His salary was set at two thousand dollars a year, plus an expense allowance, a home, and utilities.

Cantrell became interested in beautifying the college campus and set out trees and shrubbery, constructed walks, planted iris along the walks, built a lily pond, and added a porch to the boys' dormitory. To improve the appearance of the gymnasium—a storm-sheeted, weather-boarded, wooden frame building—Cantrell raised money, hired people to haul loads of rock to the campus from the fields of Cleveland County, and set rock masons to work on a project that ultimately cost seven thousand dollars. The result was a completely rock-veneered exterior. 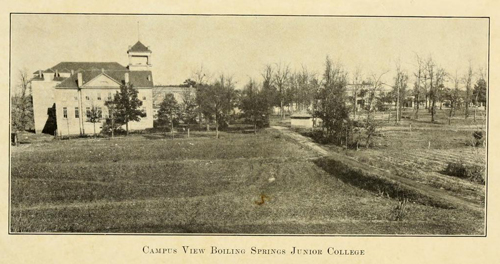 During Cantrell's presidency, plans were carefully and quietly laid for the Greater Boiling Springs Junior College Campaign. On 21 Oct. 1941, the Cleveland Times broke the news in an extra edition: the campaign would seek to raise a hundred thousand dollars. Early the next year, former North Carolina Governor O. Max Gardner became interested in the college. Gardner is quoted as saying, "I've made all the money I want to make. Now I want a project." Boiling Springs Junior College seems to have been the project he wanted, and on 15 June 1942, the name of the college was changed to Gardner-Webb.

Gardner headed a blue ribbon committee of outstanding educators of North Carolina to survey the needs of the college. On 12 Nov. 1942 the committee reported and recommended that the college secure as president someone with a background more academic than Cantrell's. On 16 Apr. 1943, Cantrell submitted his resignation, to become effective 1 June.

But, at fifty-five years of age, Cantrell was not ready to be inactive. Immediately he reentered the Christian ministry full-time, accepting the pastorate of the Lattimore Baptist Church, from which he later retired as pastor emeritus. Gardner-Webb College eventually awarded him an honorary doctorate.

On 24 Nov. 1909, Cantrell married Lettie Henderson; to the union were born Letha Cantrell Cole, who died in a plane crash in 1949; Cletus H.; Dr. John W.; and Grace Cantrell Harmon. Cantrell was buried in the Cleveland Memorial Park in Boiling Springs.