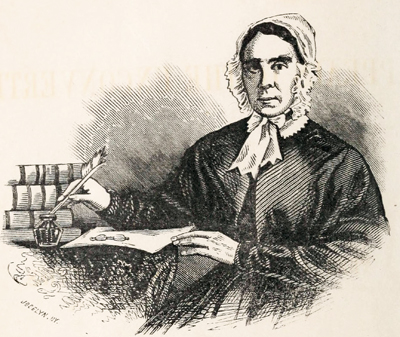 Luzene Stanley Chipman, religious writer and Methodist preacher, was born near the New Garden Meeting House in Guilford County of Quaker parentage. Her father probably was Strangeman Stanley; her mother died when Luzene was ten.

On 1 June 1820, Luzene Stanley married Joel Chipman; he was not a Quaker and on 30 June she was disowned by the Society of Friends. Mrs. Chipman was influenced by the religious revivals that swept the state before the Civil War and began attending Methodist services. On 25 June 1832, the Moravian diarist at Friedland recorded that "curiosity took almost all our members to Waughtown today to hear a certain Mrs. Chipman of the Reformed Methodist denomination preach." Her early Quaker training, however, caused her great anguish in her new church, as she thought "singing could not be acceptable worship in the Divine sight."

"On one occasion, going to church all alone and meditating," she later wrote, "these words came into my mind, with such weight and distinctness, that at the first impulse, I thought some one had spoken to me: 'Cry aloud, spare not, lift up thy voice like a trumpet, and show my people their transgressions, and the house of Jacob their sins.' I stopped my horse instantly, and the most solemn feeling came over me . . . and I reasoned with myself whether I should go to church or turn back home again. I feared I should feel this awful weight at church, and I should become a reproach to the cause of truth. At length my mind became calm and I went on to the meeting; but my mind became covered in darkness, and O the many trials I underwent . . . I resolved through his grace, that if ever I felt the moving of the blessed spirit, in any requirement whatever, whatever might be the result, I would submit, let the world say what it might of me."

It apparently was soon after this event that Mrs. Chipman began writing her first book, although it did not appear in print for a number of years. Funds for its publication eventually came from the quarterly conference of the Methodist church, and Earnest Entreaties and Appeals to the Unconverted with Persuasions to Religious Duties (192 pp.) was published in Raleigh in 1852. Its eighteen chapters, each in reality a cleverly written sermon, bear such titles as "Reflections on Christian Experience," "Religious Education of Children," and "Think Not to Escape the Justice of God," suggesting that although outwardly a Methodist, inwardly she remained a Quaker. Mrs. Chipman's purpose, she recorded in the preface, was "to urge the blessed principles of Truth on the minds of those who may read its pages. . . . There is no beauty nor elegance of language to the ear; there is no new subject brought to light; it is no other than the principles of true Godliness as revealed by the Gospel of the Son of God. . . ."

"Dear Reader," she confided, "to have this little book brought before the public eye has been a matter of deep and humbling reflection, knowing my limited education and inability to write in a style that would meet the approbation of the community at large, and of course must undergo the contempt of the critic's eye, and the ridicule of the vain, therefore, I have for years kept it concealed; I have been in doubt, and distress has covered my mind. I strove to excuse myself, because my services were called for by the public in another way, and the care of a family occupied all my time; but this I found to be of little avail, this concern still followed me, and caused me many sleepless nights; I must encourage believers in their Christian duties, and tell sinners their career must lead to death."

On 7 July 1870, at the age of seventy-two, Mrs. Chipman was accepted, at her own request, as a member of the Deep River Monthly Quaker Meeting. This return to the faith of her childhood must have been a great comfort to her in her last years. In 1877, a quarter of a century after the appearance of her first book, she published a second one, A Wonderful Revelation of Heaven by an Angel Sent from God to Luzene Chipman. This little book, just twenty-three pages, was an account of a revelation that came to her in April 1874, while she was ill and unconscious; it also contained what appears to be a sermon, with the title "Christ Comforteth His Disciples."

Joel Chipman died on 11 July 1886 at the age of ninety-three, and Luzene Chipman died four months later at the age of eighty. Both were buried in the churchyard of the Deep River Friends Meeting in Guilford County. They were survived by three children, one of whom, James Romulus Saunders, an honor graduate of Oak Ridge in 1852 who attended Trinity College before beginning the study of medicine, was convicted in 1856 of the murder of Martha Pennix, a servant girl in the Chipman home. He was sentenced to death but, while an appeal was pending, escaped and fled to Mexico. In 1877 a cousin, Paris C. Stewart, confessed to the murder, and Governor Zebulon B. Vance pardoned Chipman. In the meantime, he had married in Mexico and become wealthy. His sons were sent to the University of Virginia and his daughter to Sweet Briar, but he did not return to North Carolina.

There is a drawing of Mrs. Chipman in each of her books.

Each of Mrs. Chipman's books which contain much material of an autobiographical nature.