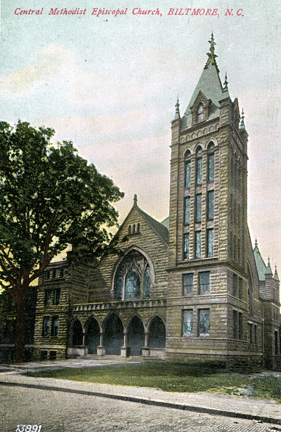 Methodism originated in 1738 in Oxford, England, as a reform movement led by John Wesley and other young laymen and members of the clergy of the Anglican Church, or Church of England. In time, it became the last of the major reform movements among Protestant denominations to gain a foothold in North Carolina. The earliest Methodists to visit the colony came as part of a reform movement in the Church of England rather than as representatives of a new or unfamiliar church. Perhaps the most eminent of these was George Whitefield, who in 1739 made the first of several trips to North Carolina. He was always welcomed by the people as well as by the Anglican clergy and colonial officials since he had remained a communicant of the Church of England and made no effort to establish a new denomination. It was not until 1772, when Joseph Pilmore arrived in America, that a new denomination was recognized, and not until 1773 that the first Methodist Society in the American colonies was formed.

Early Methodist pioneers met with remarkable success in North Carolina. In 1775, in connection with their preaching, a great revival swept over the northern section of the colony and brought 683 new converts. A conference held in Baltimore in 1776 established a North Carolina circuit and assigned three preachers to serve the state. Their field of labor was unrestricted, and they covered large portions of the state, laying firm foundations for Methodism. In the wake of the American Revolution, Methodism's ties to the Anglican Church were severed, and at a meeting held in Baltimore in 1784 the Methodist Episcopal Church in the United States was organized. The next year the first Annual Conference of the Methodist Episcopal Church in America convened at Louisburg. Green Hill House, at which the 20 delegates gathered, still stands.

Much of the early appeal of Methodism in America came from the fact that it could serve the needs of worshippers more directly than could the Anglican Church, which had no bishops in the colonies to provide services such as ordaining new ministers or performing confirmations. Methodist clergy could provide such services without disruption in the lives of the faithful since, in essentials such as ritual, Methodism continued to be Anglican-based. Methodism flourished under the guidance of newly designated bishops, the expanding work of the laity, and the labor of circuit riders who carried its doctrine into the expanding frontier. The Methodist Episcopal Church grew quickly in North Carolina as well as other states.

The World Methodist Museum is located in North Carolina at the International Headquarters Building of the World Methodist Council on the grounds of Lake Junaluska Assembly. Central to the museum's collection are extensive holdings related to the life and ministry of John Wesley. The museum possesses what is probably the world's largest collection of Staffordshire pottery commemorating Wesley's life. The 4,000-square-foot facility includes a library of rare books, manuscripts, and print materials that are available for public use.