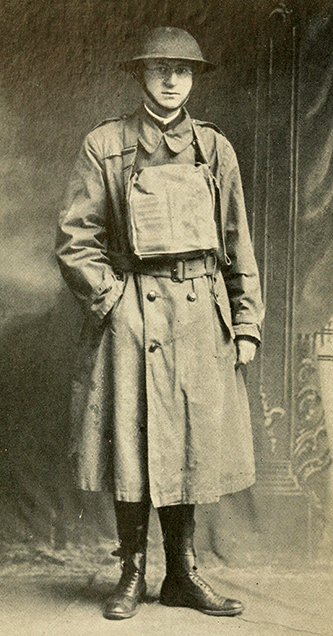 Elmer Talmage Clark, world Methodist leader, author, historian, and publicist, was born in Randolph County, Ark. He attended West Plains College, Mo.; Hendrix College, Ark.; and Vanderbilt University, Tenn. He earned the B.A. degree at Birmingham Southern College in 1926 and the M.A. degree at George Peabody College for Teachers in 1927. He received a B.D. degree from Temple School of Theology, Philadelphia, and an S.T.D. degree from the same school in 1925.

Clark was a prolific writer. His mission study books include Healing Ourselves, The Task Ahead, Thy Kingdom Come, and The Church and the World Parish. Other books and booklets (interpretive and promotional) include The New Evangelism, The Church Efficiency Movement, The Centenary Book of Facts, Talking Points on Christian Education, The Book of Home Mission Specials, The Rural Church in the South, The Negro and His Religion, The Latin Immigrant in the South, The Rebirth of Protestantism in Europe, What's the Matter in China? Methodism Marches On: The Story of Methodism Around the World, Latin America (with Harry C. Spencer), The Chiangs of China, The World Methodist Movement (with Ivan L. Holt), The Methodist Evangel. He also wrote Social Studies of the War; The Psychology of Religious Awakening; The Small Sects in America ; pamphlets on Francis Asbury, Charles Wesley, Isaac Watts, and the Wesley family; and a 200-page history, Methodism in Western North Carolina.

At Lake Junaluska, Clark assembled the world's largest Methodist print collection, the largest and finest collection of Wesley art objects, several Salisbury paintings, numerous Wesley manuscripts and several thousand old and rare volumes (estimated at one hundred thousand dollars in 1952). He helped restore Epworth, birthplace of John Wesley, and the home of Francis Asbury near Birmingham in England. He traveled to Europe twelve times. He compiled An Album of Methodist History, one of his best-known works, and with others edited The Journal and Letters of Francis Asbury in three volumes. Birmingham Southern College conferred on him the degree of Litt.D. and Southwestern University that of Doctor of Literature.

Clark was married to Mary Alva Yarbrough in 1923. He lived in Nashville and New York until his home, Amen Corner, was built at Lake Junaluska in 1941. At the time of his death, while in semiretirement, he was working on the Encyclopedia of World Methodism. He died in Birmingham, Ala., and was buried in Woodlawn Memorial Park in Nashville, Tenn. His career was chronicled in Elmer T. Clark Memorial Edition (Methodist History) in 1971; the World Methodist Building at Lake Junaluska has a painting of him by Salisbury.

I have an undated copy of The

I have an undated copy of The Art of Being Methodist by Elmer T. Clark, published by the General Commission on Benevolences Methodist Episcopal Church South, Doctors' Building, Nashville, TN. I cannot date this 15 page booklet. Any ideas anywhere?

Thanks for visiting NCpedia and asking this question.  That's a great question!  The best answer I can provide, since I do not see that this volume has been digitized, is to direct you to the World Cat.  World Cat is an online catalog of the holdings of libraries all over the world, and the entry for Clark's work indicates a publication date of 1930.  Here is the link to the entry: https://www.worldcat.org/title/art-of-being-a-methodist/oclc/25330535&referer=brief_results

I hope this information helps!  If you need additional assistance, please feel free to post back here.