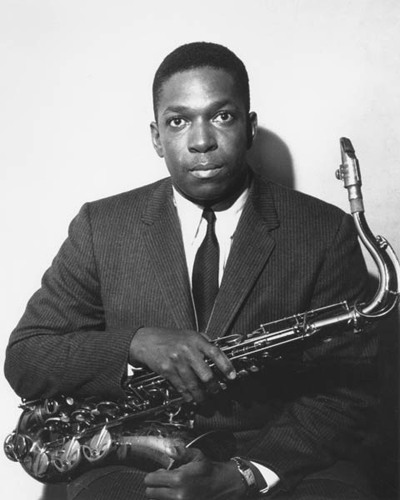 John William Coltrane, modern jazz saxophonist and composer, was born in Hamlet, the son of Alice Blair and John W. Coltrane, Sr. By the time of his death, he had achieved international eminence as one of the most talented, creative, and controversial figures in the history of jazz. His training in music began in high school, where he studied the E-flat alto horn, clarinet, and saxophone. He continued his musical training at the Granoff Studios and Ornstein School of Music in Philadelphia, making his professional debut in 1945 as a member of a cocktail party combo. He served in Hawaii with the U.S. Navy Band in 1945–46 and, upon returning to civilian life, toured as a sideman with Eddie Vinson's rhythm and blues band in 1947–48. He played in Dizzie Gillespie's big band from 1949 to 1951 and then with Earl Bostic in 1952–53 and Johnny Hodges in 1953–54.

In 1955, Coltrane joined the Miles Davis Quintet, which was to become the outstanding jazz group of its day. With Davis's group, Coltrane first attracted public and critical attention for his distinctive style of saxophone jazz. In the summer and fall of 1957 he worked with Theolonious Monk at the Five Spot in New York City. In January 1958 he rejoined Davis's quintet, remaining with the band until April 1960, when he organized his own quartet. The Coltrane band was one of the most original and influential groups in jazz during the period 1961 to 1965. Coltrane reached the peak of his public acclaim in 1965, winning the Down Beat award 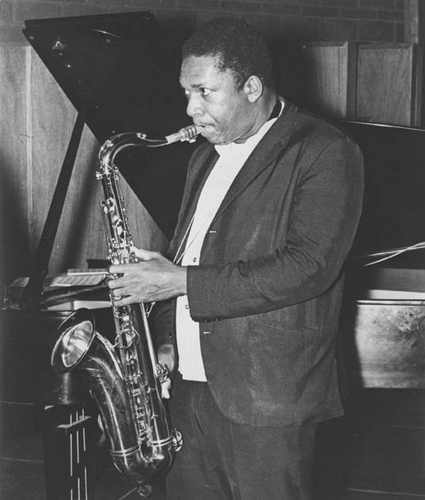 as America's best tenor saxophonist, Hall of Fame selection, and Jazzman of the Year, while his composition and recording of A Love Supreme was voted Record of the Year. From 1965 to 1967, he experimented broadly in the instrumentation of his group and developed a growing predilection for modality and multihorn group improvisation. Coltrane's music, although influenced by Indian, Oriental, and African forms, was unique in its development and exploration of sixteenth notes as a rhythmic base for jazz. His superb technical skill on the saxophone enabled him to experiment freely with the broadest improvisation in avant-garde jazz, thus making him a central and controversial figure in the field.

He was married to Alice McLeod, a jazz pianist who performed with his group on many occasions. He died in Huntington, N.Y., with memorial services at St. Peter's Lutheran Church in New York City.