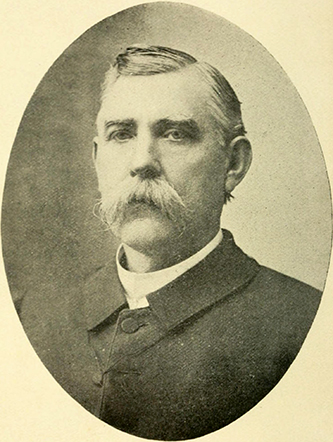 David Irvin Craig, Presbyterian minister and historian, was born in Orange County, the son of James Newton (14 Oct. 1816–12 Feb. 1879) and Emaline Strayhorn Craig. Craig received early education in the Hughes Academy, Cedar Grove; afterward, he farmed for several years before attending Davidson College during 1874–75. He was graduated from Columbia Theological Seminary, then in Columbia, S.C., in 1878 and was licensed to preach by Orange Presbytery on 31 May 1878. He was ordained by the same presbytery on 1 June 1879. He was stated supply of the First Presbyterian Church of Reidsville from 1878 to 1879 and was elected pastor of the church in the latter year. His ministry there began on 7 July and continued without cessation until his retirement on 7 July 1921, when he became pastor emeritus until his death in 1925. He filled the office of stated clerk of Orange Presbytery for thirty years and served as stated clerk of the Synod of North Carolina, Presbyterian Church in the U.S., from 1900 to 1925. He was a moderator of Orange Presbytery and of the Synod of North Carolina in 1918 and also served terms as a trustee of Davidson College and of Union Theological Seminary, Richmond, Va., and as a member of the board of regents of the Presbyterian Orphans' Home.

Craig married Isabell Gertrude Newman of Columbia, S.C., on 7 Sept. 1881. Of his four surviving children, one, the Reverend Carl Brackett (1890–1954), entered the Presbyterian ministry and served with his father for three years as copastor of the Reidsville church.

Craig was author of several brief histories of Presbyterian churches, including the New Hope Church near Chapel Hill; of the Manual of Orange Presbytery, containing historical sketches of the churches of the presbytery; and of History of the Development of the Presbyterian Church in North Carolina, dealing primarily with the missionary outreach of the church. He was awarded a D.D. degree by Davidson College in 1910.

"Yours cordially, D.I. Craig." Photograph. A history of the development of the Presbyterian Church in North Carolina, and of Synodical home missions, together with evangelistic addresses by James I. Vance and others. Richmond, Va.: Whittet & Shepperson, Printers. 1907. https://archive.org/stream/historyofdevelop00crai#page/n7/mode/2up (accessed May 13, 2013).