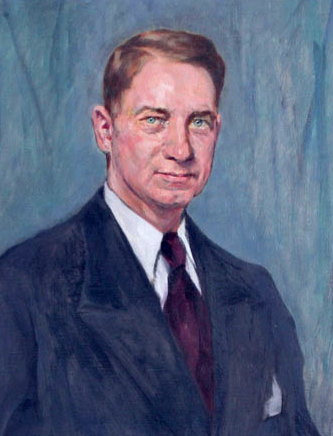 Sidney Clarence Garrison, psychologist, graduate dean, and college president, was born in Lincolnton, the son of Rufus J. and Susie Elizabeth Mooney Garrison. After attending Salem School in Lincolnton and South Fork Institute in Marion, he enrolled in Wake Forest College. He was graduated with a bachelor of arts degree in 1911 and received a master of arts in 1913.

Garrison's earliest professional experience was gained in the public schools. From 1911 to 1913 he taught in Crouse, a small town in Lincoln County, and then became the county superintendent of education, a position he filled until 1914. At some point in his studies or teaching, Garrison became interested in educational psychology, and this undoubtedly led him to George Peabody College for Teachers in Tennessee. The decision was a logical one. Under its new and vigorous president, Bruce R. Payne, Peabody moved from its campus in South Nashville to a site in the western part of the city directly across from Vanderbilt University, where it developed a teacher training program that was rapidly gaining recognition in the fields of education and psychology. An additional attraction was the availability of certain courses offered by the Vanderbilt University Medical School, an opportunity of which Garrison took advantage. In 1916 he was awarded the master of arts degree by Peabody College, then continued his studies until they were interrupted by military service during World War I.

In the army Garrison rose to the rank of captain. For a time he was assigned to Washington's Walter Reed Hospital as personnel adjutant; he later worked with a psychological unit in developing the Alpha Intelligence Test. After the war he returned to Peabody to complete his work for a Ph.D. in psychology, which was conferred in 1919. The same year he was appointed to the institution's faculty. Garrison would remain with Peabody until his death. In 1933 he was named dean of the Graduate School, a position he held until 1936, when he was appointed acting president after President Payne's death. The following year the board of trustees elected him the fifth president of the college.

Though Garrison did not publish extensively, he was a sound scholar and respected by his fellow psychologists. His best-known books were Psychology of Elementary School Subjects (1929) and Fundamentals of Psychology in Secondary Education (1936), both with his brother, Karl C. Garrison, as coauthor. He also was a contributor to various scholarly journals.

His years as a college president were marked by closer cooperation between Peabody and Vanderbilt and the beginning of what is now referred to as a university center. The development of a cooperative library program involving Peabody, Vanderbilt, and Scarritt College and the construction of the Joint University Library received his full support. On his own campus Garrison was able to expand several departments, notably music, home economics, and business education; at the time of his death he was deeply involved in planning for the school's postwar years.

Garrison was a tall, red-headed man who walked erectly and with a vigorous stride. In spite of the strain of a presidency that spanned a period of financial depression followed by war, he found time for community service in Nashville. He was active in the Nashville Area Council of the Boy Scouts of America, a member of the Chamber of Commerce, a Rotarian, a member of the board of the Nashville Trust Company and of the Guaranty Trust Company, an officer in the First Baptist Church, and a member of the Baptist Sunday School Board. The educational world also made claims upon his services, and in turn honored him. He was a member of the Tennessee State Board of Education and a trustee of several colleges, among them Meharry Medical College. He received honorary degrees from Wake Forest and Southwestern-at-Memphis, and he was a fellow of the American Association for the Advancement of Science.

Garrison died suddenly of a heart attack. He was survived by his wife, Sara Elizabeth McMurry Garrison, whom he had married in 1919, and their five children, S. C., Jr., Lucy Fuqua Garrison Crabb, William Louis, Frank McMurry, and Rufus James. Funeral services were held in the Social-Religious Building on the Peabody College campus and burial was in Mount Olivet Cemetery, Nashville.