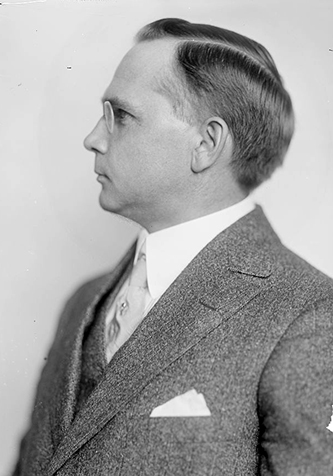 William Alexander Graham, farmer leader, was born at Forest Home, Lincoln County, the son of William A. and Julia R. Lane Graham. Educated locally, he attended Horner Military Academy and was a student at The University of North Carolina in 1897–98. A farmer, member of the Grange, and president of the county farmers' alliance, he was named North Carolina commissioner of agriculture in 1923 to succeed his late father. He held that post until defeated for reelection in 1936. Graham served three terms in the state senate, the first in 1923 when he was chairman of the agriculture committee and again in 1939 and 1943. As an active Democrat he was a member of the state Democratic executive committee. In 1928, he was president of the National Association of Commissioners of Agriculture and also served on the executive committee of the Southern Association of Commissioners of Agriculture. He was active in the Baptist church, a member of the Knights of Pythias, and served as president of the North Carolina Society, Sons of the American Revolution, and as vice-president of the South Atlantic district.

Graham never married. He was buried in the cemetery of Machpelah Church near his home at Iron Station.

I have a cabinet card photo

I have a cabinet card photo of William A Graham signed in 1895. Likely one from University of North Carolina. If interested contact me. Cardinal

Where did he live when he

Where did he live when he lived in Chapel Hill?