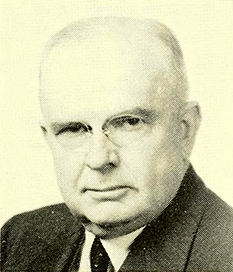 Following election to the episcopacy of the Methodist church in 1944 (the Methodist Episcopal Church, the Methodist Episcopal Church, South, and the Methodist Protestant Church united to form the Methodist church on 25 Apr. 1939 in Kansas City), Harrell served as bishop of the Birmingham Area for four years. In 1948, he was assigned to the Charlotte Area and served eight years, presiding over the sessions of the Western North Carolina Annual Conference between 1948 and 1955. (His predecessor in the Charlotte Area was Bishop Clare Purcell; his successor was Bishop Nolan Bailey Harmon.) In 1956, Harrell retired from the episcopacy and during the next thirteen years was a visiting professor at the Chandler School of Theology, Emory University. During that period he resided in Decatur, Ga.

Harrell was the author of Walking with God (1928), Friends of God (1931), The Gospel in Homespun (1946), The Local Church in Methodism (1952), Stewardship and the Tithe (1953), The Unfolding Glory (1958), Christian Affirmations (1961), The Wonders of His Grace (1966), and other books, as well as a contributor to several religious periodicals. He was the recipient of several honorary doctorates. As a special project, the Western North Carolina Conference of the Methodist Church built the Costen J. Harrell Church in a suburb of Havana, Cuba.

In 1917, Harrell married Amy Patton Walden; they had one son, Julius Walden, who died in his youth. Bishop Harrell was buried in Mount Olivet Cemetery, Nashville, Tenn.

Joseph Mitchell, Episcopal Elections in the Southeastern Jurisdiction of the United Methodist Church (1971).