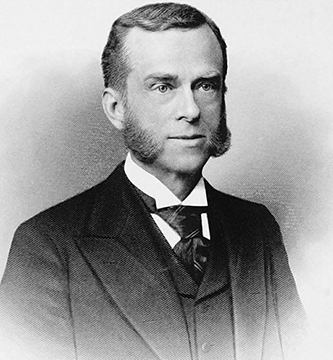 Thomas Hume, educator and clergyman, was born in Portsmouth, Va., the oldest of eight children of the Reverend Thomas and Mary Ann Gregory Hume. His paternal grandfather—a Church of Scotland clergyman, also named Thomas—emigrated from Edinburgh in 1806, settling eventually in Smithfield, Isle of Wight County, Va. His father was a prominent Baptist clergyman in Virginia.

Hume was prepared for college at the Virginia Collegiate Institute, Portsmouth. Entering Richmond College at age fifteen, he was graduated with the B.A. degree in 1855 and awarded the M.A. a few years later. In 1855–58 he attended the University of Virginia, where he earned several of the "school diplomas" being conferred at that time. Later he was the recipient of honorary degrees from Richmond College (D.D., 1881), Wake Forest College (LL.D., 1892), and The University of North Carolina (LL.D., 1910).

Chesapeake Female College in Hampton, Va., was the scene of Hume's earliest labors as a teacher. There he taught English and French from 1859 until 1861, when he enlisted in the Third Regiment, Virginia Infantry. Though not yet ordained to the Gospel ministry, he served his regiment as chaplain; subsequently, he was transferred to the position of post chaplain at Petersburg where he remained until the surrender of the Confederate Army at Appomattox. On 5 June 1865, at the close of the annual session of the Baptist General Association of Virginia, he was ordained a minister.

Hume's pastoral services had begun during his days in Petersburg, when he ministered to rural churches in Sussex and Chesterfield counties. Later, he served as pastor of the First Baptist Church, Danville (1870–73); Cumberland Street Baptist Church, Norfolk (1874–78); and Berkley Avenue Baptist Church, Portsmouth (1880–81). As a preacher, one biographer noted of him: "He was indeed a fine preacher; language simple and chaste, thought strong and penetrating, illustrated richly from the broad fields of his reading; voice clear and incisive, face aglow with the passion of the hour, made him a speaker good to listen to and easy to learn from."

However, Hume did his finest work as a teacher of English and English literature at The University of North Carolina. Edward Kidder Graham—a colleague and later president of the university—wrote of him on the occasion of his retirement from active teaching: "Dr. Hume wrought at his task of teaching the masterpieces of literature with the zeal of a prophet. Literature . . . was to him not a chance profession; it was a religious faith. . . . He placed but one limit on the number of courses he taught, and that was the number of hours in the day. Day and night he gave himself to active instruction."

Apart from his work in the classroom, Hume organized the university's Shakespeare Club; participated in the work of the YMCA, on campus and throughout the Southeast; and was a frequent lecturer on Shakespeare, Tennyson, and the literary study of the Bible before school groups, clubs, and summer assemblies in various parts of North Carolina and Virginia. In addition to numerous shorter articles and addresses that appeared in the religious press, he was the author of Helps to the Study of Hamlet in Questions and Answers (1880) and "Shakespeare's Moral Teaching," published in the Shakespeare Journal for 1886. A presidential address prepared for the North Carolina Baptist Historical Society in 1893, entitled "John Milton's Religious Opinions and Connections," appeared as "John Milton and the Baptists" in the North Carolina Baptist Historical Papers (April 1897).

Weeks, Stephen B. "A history of the Young Men's Christian Association movement in North Carolina, 1857-1888 : read before the twelfth annual state convention in Charlotte, N.C., April 21, 1888, and published by the executive committee at the request of the convention." Raleigh, N.C.: Observer Printing Company. 1888. https://archive.org/details/historyofyoungmeweek (accessed May 16, 2013).