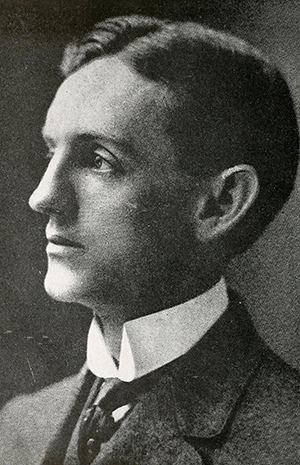 Edward Kidder Graham, educator and university president, was born in Charlotte, the son of Archibald and Elizabeth Owen Barry Graham. He was the nephew of Alexander Graham whose son, Frank Porter Graham, became president of The University of North Carolina in 1930. Young Graham received his early education in the public schools of Charlotte, of which his uncle, Alexander, was superintendent, and at the Charlotte Military Institute. In 1894, at age eighteen, he entered the freshman class of The University of North Carolina; he received the bachelor of philosophy degree in 1898, ranking second in his class. In addition to high academic honors, he won the coveted Mangum Medal in 1898. As an undergraduate his college record was distinguished for soundness of scholarship, high ideals, and a passion for "fair play" and "square dealing"—a record that was prophetic of his later achievements.

After graduation, Graham returned to Charlotte and taught school for a year. He established close ties with other alumni and gained an intimate knowledge of the schools, churches, newspapers, and rapidly growing industries of his native city, knowledge that served him well when he assumed the administration of The University of North Carolina.

President Edwin A. Alderman, who had known Graham intimately as an undergraduate, called him back to the university as librarian in 1899. Within a year Graham became an instructor in English under his former professor, Dr. Thomas Hume. From this position he rapidly climbed the academic ladder. He remained an instructor until 1903, taking off the year of 1902–3 to study at Columbia University where he received the master of arts degree in English (1903). From 1903 to 1907 he was associate professor and spent the year 1940–5 at Columbia University in further graduate study. In 1907 he was appointed to a full professorship, and in 1909 he became head of the Department of English and dean of the College of Liberal Arts. In 1913, while President Francis P. Venable was in Europe, he served as acting president, and in 1914 he was elected president by unanimous vote of the board of trustees.

Even though it had been suggested that Graham would make an excellent U.S. senator, he chose teaching as his lifework. He turned to the classroom, the deanship, and the presidency of the university in order to strengthen the forces of education in North Carolina and through them to broaden and enrich the concepts of education and liberal citizenship. His philosophy was expressed in three convictions: first, the teachers of North Carolina would shape the state's future; second, the chief end of education was the molding of citizens who would place community development above personal material well-being; and third, the university was the state's principal instrument for achieving its high purposes.

Graham was aware of the importance of public opinion in advancing the usefulness of a public institution such as the university. In preparing it for leadership in a new era, he realized his first task was to interpret the university to its public in such a way that it would not only be understood but also would be accorded the generous support it required to carry out its mission. The process of orienting the student mind was already well under way when Graham became president. However, few university leaders have had a higher regard for good teaching. As a teacher, he insisted on hard, exacting work and inspired in his students the desire for thoroughness and personal excellence. As dean, he successfully prodded the fraternity men about their poor grades with gratifying results. Through chapel talks he aroused interest not only in problems of student life but also in the wider issues of the state and nation. As president, he began to give the students increased responsibility for participation in a larger and more meaningful college life, and for the further development of effective student government as preparation for citizenship in an increasingly enlightened state.

As a second task, Graham envisioned making the university campus statewide in its area of service. Through the extension services of the university he multiplied a thousandfold the work of one of his early teachers. He often made notes in an odd-looking blank book bound in olive green leather. It was referred to as Graham's "want book," not for himself, but for the university and through it for North Carolina and the nation. Unfortunately the book was burned in a fire that destroyed a part of the Graham residence after his death. After having laid the foundation for an extension service that would make the boundaries of the campus coextensive with those of the state, he set about developing five major fields of interest he "wanted" for the university: rural economics and sociology, rural education, the education of women, training in the dramatic arts, and instruction in commerce and industry. Whether they appeared in his "want book" will never be known. Although these objectives were not achieved during Graham's life, his vision and organizing skills made their attainment possible by his successors. 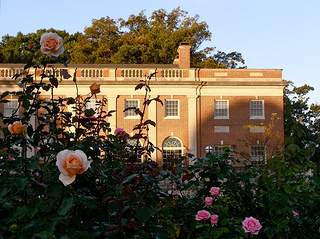 The untimely death of President Graham at age forty-two occurred during the deadly influenza epidemic. Funeral services were held at the Presbyterian Church in Chapel Hill with burial in the town cemetery adjoining the campus. His death was a tremendous shock to thousands of people. To express their admiration and loss, many attended his memorial service in December 1918. His most important addresses and articles were published and distributed the following year, and a portrait painted by Clement Strudwick was presented to the university by the class of 1920. The Graham Memorial Building, a student center, was completed and dedicated in 1931–32. Its lounge, considered one of the most beautiful in the nation at the time, provided students with surroundings whose informality and attractiveness had long had high priority in Graham's "want book" for the university, as well as a vantage point from which his portrait has looked down upon succeeding college generations.

Archibald Henderson, The Campus of the First State University (1949).