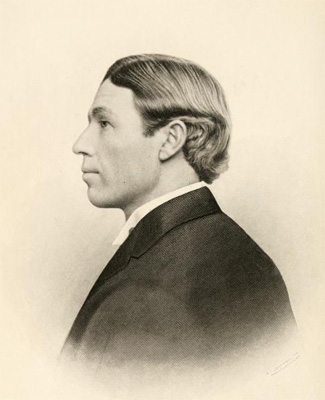 The origins of the Ivie family, also spelled in English records as Ivey and Ivye, are found in Wiltshire and Oxfordshire, England. The Ivie coat of arms is described as "Gules a lion rampant or; Crest: a demi lion rampant or, supporting a staff raguly vert."

Ivie attended public schools until 1896 when he enrolled at Oak Ridge Institute, a preparatory school for boys in North Carolina; he was graduated in 1898. In the fall of 1899 he entered The University of North Carolina, but left soon afterwards because of illness. Returning in the fall of 1900, he received a degree from both the literary department and the law school in 1902.

At Chapel Hill, Ivie won Orators' and Debators' medals. In 1902, a speech he delivered at the annual college commencement attracted statewide interest and was printed in many of the leading daily newspapers, receiving favorable editorial comment. He was a member of the Dialectic Society, one of the two literary societies on campus at the time. During his second year, Ivie was elected president of the YMCA, an office normally held by third- and fourth-year students. He was also president of his law class in 1902.

Upon graduation, Ivie obtained a license to practice law and settled in Leaksville, where his family had lived since 1892. Over the years he was connected with the law firms of Johnston, Johnston, and Ivie; Johnston and Ivie; Johnston, Ivie, and Dalton; Ivie and Trotter; and Ivie, Trotter, and Johnston. At his death, he was a senior member of the latter firm. Ivie was known for his deep concern for the welfare of his clients. He pursued all cases, large or small, with great vigor and was recognized as one of the leading attorneys of Rockingham County and North Carolina throughout his twenty-five years of practice.

Although not active politically, Ivie was very much involved in matters of civic and community interest dealing with the welfare of the people. He always supported the Democratic party. Feeling the duties of citizenship, he accepted the nomination for state senator from the Twentieth District and in 1910 defeated the incumbent by a large majority. In the senate he was primarily interested in legislation that would aid the masses. During the campaign he had promised to work for a bill to shorten the working hours of laborers in manufacturing mills. Through strong advocacy and an excellent speech ending arguments against his proposal (which received compliments from the opposition), Ivie's bill passed with a tremendous majority. The new law came to be known as the "ten hour law."

In 1912 Ivie was reelected from the Nineteenth District by a larger majority than in 1910. During his second term he was chairman of the Committee on Constitutional Amendments. This committee of twenty members was instructed to revise the state constitution and propose amendments.

Ivie was a staunch advocate of temperance and he campaigned for prohibition. In 1913, he was one of twenty-five selected to represent North Carolina in presenting to Congress a petition and request for a constitutional amendment requiring nationwide prohibition. The same year Ivie became vice-president and a director of the Imperial Trust and Savings Co.

An active member of the Methodist Episcopal Church, South, Ivie was president of the first Leaksville Methodist Church County Sunday School Association and a lay reader of the Mt. Airy District Methodist Church. In his community he belonged to the local Rotary Club, Knights of Pythias, and Junior Order of American Mechanics. He had large farming and stock-raising interests. And he was the first president of the Rockingham Alumni Association for The University of North Carolina, remaining involved in university alumni activities throughout life.

Ivie had been ill for two months with a relapse of influenza when he died; death was attributed to an embolism of the brain. On 21 June 1927, the Superior Court in session at Wentworth adjourned from 11:00 A.M. until 2:00 P.M. in Ivie's honor. In the interim, a memorial service was held in the courthouse by the legal fraternity of Rockingham County. Ivie was survived by his wife and children.