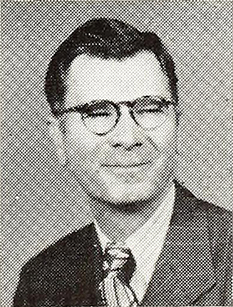 Jesse Weimar Jones, newspaper editor, was born in Franklin, one of ten children of George Andrew and Harriette Sloan Jones. He entered The University of North Carolina in 1913 but was not in school in 1915–16; he returned in 1916–17 but was not graduated. In April 1918 he enlisted in the army and served for fifteen months during World War I, attaining the rank of sergeant first class in the medical corps. After the war he worked on newspapers in Greensboro, Andrews, Charlotte, and Asheville. For a time in World War II he was director of the Office of War Information in Raleigh.

In 1945 Jones acquired the Franklin Press, the weekly newspaper in his native town. His book, My Affair with a Weekly, published in 1960, relates his experiences as editor of the highly regarded small town paper. During his professional career he was president of the North Carolina Press Association, president of the International Editorial Writers Conference, and a visiting lecturer in the School of Journalism at The University of North Carolina. While in Chapel Hill he was tapped as an honorary member of the Order of the Golden Fleece, an honorary society.

Jones was nearly blind for most of his adult life. In 1920 he married Nell Thompson, and they became the parents of William and Elizabeth.