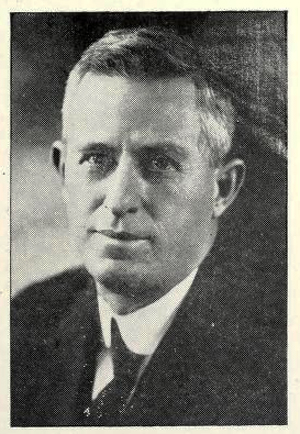 Gustavus Ernest Lineberry, educator, was born in Chatham County, the youngest of five children of William Alson and Martha Kemley Duncan Lineberry. He was a descendant of Jacob and Elizabeth Lineberry, who emigrated from the Hartz Mountains in Germany and settled along the Randolph–Chatham County line around 1752. His maternal ancestors were Scottish. Lineberry completed high school at Sanford under the tutelage of his older brother, Rufus Baxter Lineberry. He then enrolled at Wake Forest College, where he studied for two years (1891–93) before assuming a teaching position at Damascus, near Chapel Hill, for two years. He returned to Wake Forest in the fall of 1895 and received a B.A. degree in 1897.

After graduation Lineberry began a long and distinguished career as an educator and educational administrator, serving as principal of Ashpole Institute in Robeson County (1897–1901) and of Winterville High School (1901–9), educational secretary of the Baptist State Convention of North Carolina (1909–14), president of Chowan College (1914–18), and superintendent of the North Carolina State School for the Blind and the Deaf (1918–45).

Early in his career, Lineberry made significant contributions as chief administrator of Ashpole Institute and then Winterville High School, both denominationally sponsored schools, particularly with his emphasis on good instruction. As the first educational secretary for the Baptist State Convention, he launched that denomination on a course designed to eliminate the indebtedness accrued by many of its institutions, to improve their physical facilities, to increase endowments, and to "standardize" the college preparatory curricula offered by the several secondary schools. His tenure as president of Chowan College was characterized by improvements to both the curriculum and the physical plant, but at the expense of increased indebtedness since enrollment was not sufficient to generate the funds needed to operate the college adequately.

It was as superintendent of the State School for the Blind and the Deaf that Lineberry made his greatest contribution. When elected to this post in July 1918, he had already served for eleven years on the board of directors. Thus, he was acquainted with the needs of the school from the outset. His tenure of thirty-five years was marked by vast improvements to the 85-acre campus adjoining Pullen Park, with capital outlay totaling nearly a million dollars. The state legislature appropriated over a half-million dollars towards the development of the "Colored Department," located on a 346-acre tract about five miles southeast of Raleigh.

In addition to providing better physical facilities, Lineberry improved the educational standards of the school. He introduced a systematized course of study—covering kindergarten through twelfth grade—with grading and promotion comparable to that of the public school system. As a member and longtime chairman of the Publications Committee of the American Printing House for the Blind, Lineberry was instrumental in expanding the titles in Braille that were to become available to other institutions for the blind as well. While the teaching of vocational training and skills was a primary objective, he also championed academic studies as a necessary component of the total educational program for the blind and the deaf. Additional priorities during his administration were the health and the physical development of the students.

"Centennial Exercise of the State School for the Blind and the Deaf" (1945).