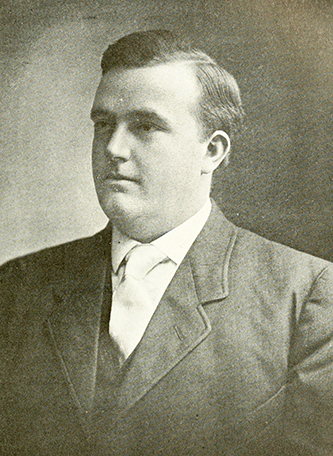 Hugh White McCain, physician and surgeon, was born in Waxhaw, the fifth son of William Johnson and Mary Jane Walker McCain. He received his early education in the Waxhaw public schools and studied for a year at Presbyterian College in Clinton, S.C. Transferring to The University of North Carolina, he received a B.A. degree in 1906 and then attended the university's two-year medical school. He completed his medical training at Jefferson Medical College in Philadelphia and was awarded an M.D. degree in 1909. For eighteen months following graduation, McCain was a resident physician in Philadelphia's Polyclinic Hospital.

In 1911 McCain moved to High Point to become an associate of Dr. J. R. Reitzel in the practice of medicine. After Reitzel's death in 1914, he formed a partnership with Dr. J. T. Burrus; together they established the High Point Hospital, which by 1922 had become known by the name of the two owners, Burrus-McCain, and had grown to a capacity of sixty beds. McCain was considered to be an able physician and a skilled surgeon. Beyond that, he was soon recognized as a man of fine character and a citizen who was committed to the welfare of his fellowmen and his community.

During the war years, McCain was a member of the medical examining board for his district. Professionally, he belonged to the Guilford County Medical Society, North Carolina State Medical Society, Tri-State Medical Association, Southern Medical Association, and American Medical Association. He also was a member of the Guilford County Board of Health. In civic and church affairs, McCain was active in the High Point Kiwanis Club and served on the Board of Stewards of the Wesley Memorial Methodist Episcopal Church. McCain died from a streptococcal infection. The funeral services were conducted by his pastor, the Reverend W. A. Lambeth, and the Reverend Charles P. Coble of High Point's First Presbyterian Church. Interment was in Oakwood Cemetery. He was survived by his wife, Alma Cunningham McCain, whom he had married in 1912, and their young daughter, Alma Virginia. Tributes subsequently published in the newspaper and in medical society journals attest to his contributions to North Carolina and to his adopted city. The memorial resolution of the state Medical Society notes that as a physician and surgeon, he had few equals.