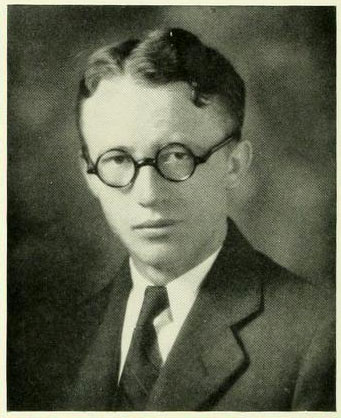 Albert Bonner McClure, Presbyterian minister, youth worker, and orphanage superintendent, was born in Toccoa, Ga., the son of William and Kate Heidt Bonner McClure. At the time of his birth, his father was county sheriff, but he soon began sawmilling in northern Georgia and the family moved from place to place. By the time Albert was twelve, his parents had separated and his mother took the younger children to Sautee, Ga., so they could attend a Presbyterian church school. At her death Albert and two siblings were entered in the boarding department of the Nacoochee Institute by the superintendent, Dr. John Knox Coit. Albert was graduated in 1927 and in the fall entered Davidson College. There he joined the college Presbyterian church and became a candidate for the ministry. In his junior year he became student pastor of the Davidson Chapel, where he organized young people's groups and began to build a church. As a student he was a member of several fraternal and scholastic organizations and held various class offices. At his graduation in 1931, he was elected by the faculty to receive the Algernon Sidney Sullivan Award for his selfless service to the community.

McClure entered Union Theological Seminary in Virginia in the fall of 1931, served as assistant pastor at churches in Petersburg and Rapidan, and was graduated in 1934. Returning to Davidson College, he became YMCA secretary and in 1935 married Mary McGehee of Atlanta. In the summers of 1935 and 1936 he worked with youths at camps in the mountains of North Carolina. He was ordained at Davidson in the spring of 1936 and the following year became pastor of the Presbyterian church in Lincolnton where he served both the church and the community in many capacities, particularly with young people. In 1945 he became pastor of the Presbyterian church at Valdese, continuing much the same kind of work as before. Here he also became interested in the history of the Waldensian community and named a committee to collect, arrange, and preserve records, artifacts, and other sources of local history. A building for this purpose was constructed near the church.

In 1950 McClure became superintendent of the Barium Springs Home for Children, a position he filled effectively for over sixteen years. During this period he introduced new concepts of child care and expanded the physical facilities. Under his guidance, the children and young people at the home were integrated into the life of the community; they attended local public schools and participated in a wide range of activities. On leaving Barium Springs, McClure became pastor of a church in nearby Statesville and served until his retirement. Continuing to live in Statesville, he was a hospital chaplain, organized the ministry, worked on committees, and participated in other activities where he could be useful. Although a registered Democrat, he prided himself on voting for candidates and issues rather than by party. In 1965 Davidson College awarded him a doctor of divinity degree.

McClure and his wife Mary had four children: Mary Emma, Albert B., Jr., Beverly Kate, and Emily Sue. He was buried in Oakwood Cemetery, Statesville.