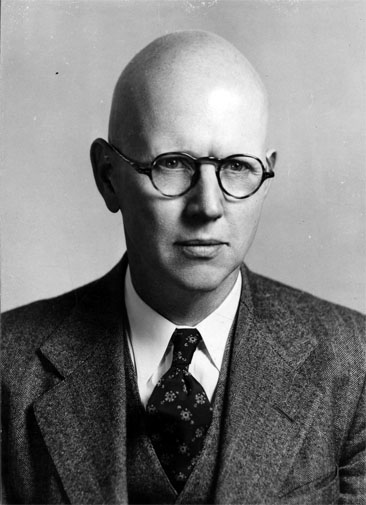 James Welch Patton, educator, archivist, and historian, was born in Murfreesboro, Tenn., the son of James Wesley and Elizabeth Welch Patton. He received his college preparatory training at Hawkins School in nearby Gallatin and attended Vanderbilt University, from which he was graduated in 1924 with a bachelor of arts degree and membership in Phi Beta Kappa. The University of North Carolina awarded him a master's degree in 1925 and a Ph.D. in 1929.

Patton began his teaching career at Georgia State Woman's College (now Valdosta State College) (1925–27), then spent a year as associate professor of history at The Citadel (1929–30) and as a member of the faculty of Wittenburg College in Springfield, Ohio (1930–31). From 1931 to 1942 he was chairman of the Department of History of Converse College in Spartanburg, S.C. In 1942 he accepted the chairmanship of the Department of History and Political Science at North Carolina State College (now North Carolina State University).

In Chapel Hill, Patton's interest in southern history and record of scholarship brought him the respect and lasting friendship of J. G. de Roulhac Hamilton, his major professor. Upon Professor Hamilton's retirement in 1948, Patton was invited to succeed him as director of the Southern Historical Collection, the manuscript repository at The University of North Carolina. For many years thereafter Patton canvassed the southern states in search of manuscripts, and through these travels he became familiar with the entire South, but especially with North Carolina, South Carolina, and Tennessee.

Patton also held a professorship in The University of North Carolina's Department of History, and during his later years with the Southern Historical Collection he taught one class in North Carolina history each term. On retiring from administrative duties in 1967, he joined the Department of History and for four years taught a full load of courses in North Carolina history. At age seventy, still active and vigorous, he continued to teach for two additional years on a reduced schedule. His full retirement began in May 1973, less than ten days before his death.

As an archivist James Patton was a man of established reputation. He delivered papers at several meetings of the Society of American Archivists and in 1959 was elected a Fellow of the society. He also was known as a conscientious teacher and a careful scholar. His mastery of detail and his extraordinary memory were marvels to colleagues and students alike, and the quality of his scholarship is evident in his writings. Unionism and Reconstruction in Tennessee was published by The University of North Carolina Press in 1934 and Women of the Confederacy, written jointly with Francis Butler Simkins, appeared in 1936. In addition, he contributed numerous articles and reviews to professional journals and was a contributor to both the Dictionary of American Biography and the Dictionary of American History. He was editor of the three-volume Messages, Addresses, and Public Papers of Governor Luther H. Hodges and of the Minutes of the Greenville Ladies' Association in Aid of the Confederate Army.

It can be said of James Welch Patton that he was a loyal son of his native region and of his adopted state. His mind was filled with the history of the South and of North Carolina, and he shared this knowledge willingly. As an individual he was a kind and devoted friend to those who knew him. His work as a scholar, particularly in providing scholarly resources for others, stands as a lasting contribution to historical research.

Patton's death came quietly in his sleep during a visit to Charleston, S.C., with his wife, Carlotta Peterson Patton, a native of that city. The Pattons had married in June 1930. In addition to his wife, a daughter, Emilie Patton deLuca, and two grandchildren, Anne Randolph deLuca and James Patton deLuca, survived him. Patton was an active member of the Episcopal church. Funeral services were held at the Chapel of the Cross in Chapel Hill, with interment in the New Chapel Hill Cemetery.