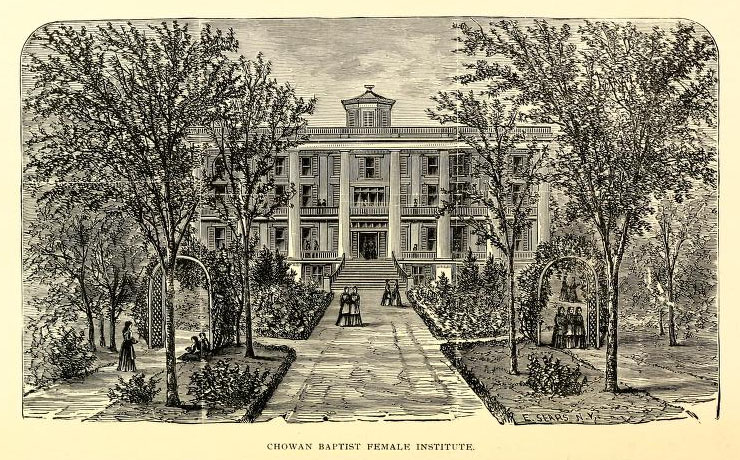 William Oscar Petty, educational administrator and clergyman, was the third child and oldest son of Charles and Harriett Lunsford Petty of Stafford County, Va. His boyhood was spent in nearby Fauquier County—to which his family had moved shortly after Petty's birth—where he attained the rudiments of an elementary education in the community schools of that region of the Old Dominion.

Following a term of service in the Army of Virginia as a private in Company G, Virginia Cavalry (the famed Mosby Raiders), Petty attended Richmond College for two years and Columbian College (now George Washington University) for three years. Meanwhile, the devastation of the Civil War, together with the early death of his father, had left him responsible for the welfare of his mother and five brothers and sisters—a responsibility that both interrupted the steady progress of his educational pursuits and contributed to later periods of chronic ill health.

Petty served as pastor of churches in the vicinities of Germantown, Montross, and Frostburg, Md. (1875–83). In September 1883 he moved to Louisville, Ky., where he spent one year in studies at the Southern Baptist Theological Seminary. Thereafter, for some eleven years he served as a pastor and missionary laborer among churches in the Santee, Welsh Neck, Broad River, and York Baptist associations in South Carolina, supplementing his meager income by teaching in local schools and academies. For the last thirty years of his life he engaged in schoolwork in Louisa County, Va., until his failing health made this no longer possible.

During his tenure as principal of York Academy in York, S.C., Petty was elected to the presidency of Chowan Female Institute (16 June 1896). The one year he spent at Chowan was marred by controversy between him and the Reverend Samuel Saunders, pastor of the Murfreesboro Baptist Church, whom the trustees of the institute had elected as an "associate to the president." Saunders eventually brought charges against Petty before the institute's board of trustees, accusing him of "setting me and my wife aside without cause"; employing a pedo-Baptist teacher; giving preference to the hiring of a less competent teacher over a more competent one; and seeking to justify himself by circulating slanders and attempting to divide the Murfreesboro church against Saunders. While passing no judgment on the merits of the charges preferred against him, the board of trustees requested and received Petty's resignation on 26 May 1897.