Liston Pope, clergyman, theological educator, and ecumenist, was born in Thomasville, one of three children of Robie Lester and Dora Vivian Younts Pope. His sisters were Mildred (Mrs. Frank H. Wood) and Evelyn (Mrs. Weldon Royal). The father, a banker, was prominent in the state's financial circles, a longtime city councilman, and onetime mayor of his home city; served one term in the North Carolina House of Representatives; and received an honorary doctor of humane letters degree from High Point College. Robie Pope died in 1963 and his wife in 1968. Liston Pope described his father as "a North Carolina banker with a conscience" and his mentor in a life dedicated to the study of social problems from the Christian point of view.

Young Pope was graduated from Thomasville High School in 1925 and Duke University, with a bachelor of arts degree, in 1929. During those years he established a reputation as a thoughtful scholar and an astute and vocal communicator. He was active in many spheres of campus leadership, especially those emphasizing religious themes. Upon completion of his undergraduate work, he returned to Thomasville and spent fifteen months working in the field of insurance. Then in the fall of 1930, he returned to Duke and enrolled in the School of Religion, where he received a bachelor of divinity degree in 1932. 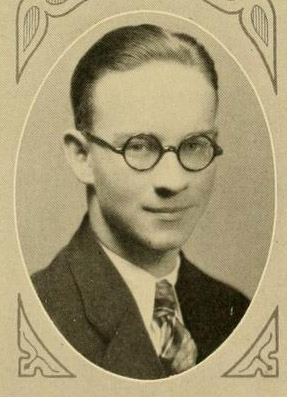 After Duke, where he had distinguished himself for his perspectives in the social sciences, he sought a "frontline experience" and became associate minister of the 2,500-member Wesley Memorial Methodist Church in High Point with the popular and erudite Dr. G. Ray Jordan, who was quoted as saying he hired Pope "because he wanted some practical experience before he went further." In High Point Pope first immersed himself in issues dealing with the acute social needs of low-income people and the social problems arising in the factories and businesses where they worked. After three years (1932–35) at Wesley Memorial, he attracted church leaders in New Haven, Conn.

Called to the pastorate of the Humphrey Street Congregational Church in New Haven, Pope was ordained in the Congregational ministry (1935) and remained at Humphrey Street for three years (1935–38). Immediately he began a connection with Yale University that lasted for thirty-eight years. He simultaneously was enrolled in the Graduate School of Yale as a candidate for the degree of doctor of philosophy, conferred in 1940. His doctoral thesis was a study of the interrelation of religion and economics as specifically revealed in Gastonia and Gaston County. This thesis, published under the title Millhands and Preachers (1940), was long used as a textbook in social ethics courses at many prestigious universities and seminaries.

Pope joined the faculty of Yale University as a lecturer in social ethics (1938–39), assistant professor (1939–44), associate professor (1944–47), Gilbert L. Stark Professor of Social Ethics (1947–73), and dean of the Yale Divinity School (1949–62). During his deanship the Divinity School nearly doubled the number of its teachers and its physical equipment, and established new scholarships and internships. When he retired from teaching in 1973, he gave Yale his extensive collection of books on social ethics and provided endowment funds to assure that the collection was kept up-to-date. In appreciation of his many personal and professional contributions, he was signally honored at the 1973 Yale Divinity School convocation. His collection there is known as the Dean Liston Pope Divinity School Library of Yale University.

When Pope became dean, he was only forty years old, succeeding the noted Dr. Luther A. Weigle. He took to that post a liberal Protestantism that combined sociological and theological emphases generated through more than fifteen years of study and work in the two fields. In that posture he was an admirable successor to the same liberal leadership for which the Yale school had long been noted. He found a podium for his thoughts as chairman of the Industrial Relations Division of the Federal Council of Churches of Christ in America, and of the National Religion and Labor Foundation. He insisted upon mutuality of responsibility on the part of both labor and the Christian conscience.

During the late thirties and early forties he arbitrated many disputes, especially in the men's clothing industry, and was instrumental in reorganizing (1937) the New Haven Labor College, where he frequently taught. From 1945 to 1948, he was a lecturer at the Presbyterian Institute of Industrial Relations in New York City. That institute was designed to take twenty carefully selected students through a month's intensive study of labor relations. His activities in the noted Political Action Committee, of which he was a onetime chairman, catapulted him into a controversial limelight that did not terminate with his resignation because of a so-called clash of personalities.

Principal among the lectureships he held were the Alden Tuthill at Chicago Theological Seminary (1945), the Merrick at Ohio Wesleyan University (1950), the Wallace at Macalester College (1950), the Gray at Duke University (1952), the Shaffer at Northwestern University (1954), and the Finch at High Point College (1960). He was awarded the John Addison Porter Prize at Yale (1940) for his book Millhands and Preachers.

In addition to teaching in Yale Divinity School, Pope was also a Fellow of Saybrook College of Yale. He also was an expansive reader and researcher especially in the field of social ethics, from which came several books of unusual merit: Labor's Relation to Church and Community (1947), which he edited, and The Kingdom Beyond Caste (1957). Pope was editor of Social Action Magazine (1944–48) and a frequent contributor of thought-provoking articles to such journals as the Saturday Review of Literature, Christianity and Crisis, the New York Times, and other periodicals of comparable stature, in addition to numerous festschrifts and symposia.

In 1961 Pope went back to Thomasville for a sabbatical year. He rented a downtown office, where he spent much of his time researching and writing a series of articles for early publication in scholarly magazines and books.

Among his multiple community, civic, and church connections he was a trustee of the Phelps-Stokes Fund of Vassar College and of Franklin and Marshall College and a director of the Nanking Board of Founders and of the Yale University Press. He was president of the board of directors of the Prospect Hill School for Girls in New Haven (1953–55, 1959–60) and a member and chairman of the executive committee of the American Association of Theological Schools and of the National Council of Religion in Higher Education. Pope also was a Julius Rosenwald Fellow and a Phelps-Stokes Visitor to Africa (1949), chairman of the National Advisory Committee of the Student Young Men's Christian Association (1950–52), and director of the Rockefeller Brothers Theological Fellowship Programs. He held membership in several fraternities, including the prestigious Phi Beta Kappa and Omicron Delta Kappa as well as Phi Delta Theta and Sigma Upsilon, and in the Morys Club and the Yale Club in New York and the Faculty Club in New Haven.

Pope was an erudite scholar who retained his sense of social responsibility and made it a point through countless speaking engagements, as well as through teaching and writing, to show the Christian message pertinent to the problems of human society. He was a great apostle of faith and tolerance who knew no compromise with wrong and believed that the modern church had a message of hope for a confused world. With such a message he was a popular preacher on college and university campuses and at various conferences and religious gatherings. He remained a warm, personable individual who won and treasured many friendships.

Pope was married first (3 Feb. 1934) to Bennie Howell Purvis, of Durham, herself a graduate of Duke (1933). They had three children: Mary Anna (Mrs. Clement Barbey), Liston, Jr., and Bennie Allison. Bennie Pope died on 13 Nov. 1967 and was buried in the family plot in Thomasville. Pope then married Mrs. Gerd Thoreson, of Trondheim, Sweden, in 1972. He had met her when he was on sabbatical in Spain during the previous year. When Pope retired from Yale in May 1973, they moved to Trondheim, and he was "enjoying his retirement, resting and rocking, in a house with a terrace overlooking a fiord." But illness stalked the last year of his life, and he died in Trondheim at age sixty-four. A funeral service was held at Yale the following week, and interment was at Thomasville in late April. He was survived by his wife, his three children, and his sister, a Mrs. Wood.

Correction to this entry:  Bennie Allison Pope was buried in Kinston, North Carolina (not in Thomasville, as indicated in the entry).