Arthur Franklin Raper, social science analyst, was born in Davidson County, near Lexington, the third of eight children of William Franklin (Frank) and Julia S. Crouse Raper. Frank Raper was a farmer of the Carolina Piedmont and a man greatly interested in public affairs though he never ran for elective office himself. With his wife, encouragement was given to the children in their determination to secure an education; as a result, not only Arthur but also others in the family became successful professional and business leaders. 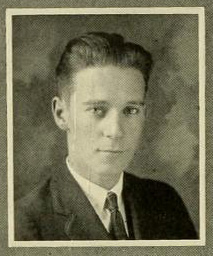 Arthur Raper received his early education at a school near home. From there he went to Churchland School in Davidson County and then to Jamestown in the adjacent county of Guilford to complete his high school studies. In 1924 he was graduated from The University of North Carolina with a B.A. degree and membership in Phi Beta Kappa; he entered the Graduate School of Vanderbilt University the same year and was awarded an M.A. degree in 1925. After a brief period of work, Raper returned to The University of North Carolina to continue graduate study in sociology. He received a Ph.D. degree in 1931, writing a dissertation entitled "Two Black Belt Counties: Changes in Rural Life since the Advent of the Boll Weevil in Greene and Macon Counties, Georgia." Raper's graduate study was directed by Howard W. Odum, a scholar who had great knowledge of, and concern for, the rural South. There can be little doubt that this association had its effect.

Raper's career was devoted largely to the study of rural life and interracial problems. Before completing graduate study he was employed by the Commission on Interracial Cooperation as research secretary with offices in Atlanta. He spent thirteen years in this position (1926–39) and during that time completed the requirements for his degree before he began teaching at Agnes Scott College, an association that lasted from 1932 to 1939. In 1939 Raper joined the staff of Gunnar Myrdal, the Swedish scholar who had been sought by the Carnegie Corporation to conduct a detailed study of the Negro in America. For two years Raper was associated with this project, during which time he wrote the basic monograph on "Race and Class Pressure," an unpublished manuscript that was deposited in the Schomburg Collection of the New York Public Library. Working with Raper and accompanying him on field trips to the Deep South was another young scholar, Ralph Bunche, who later gained distinction for his service to the United Nations. The completed Myrdal study was published in 1942 as a two-volume work under the title An American Dilemma.

In 1940 Raper began his long association with agencies of the federal government. From 1940 to 1952 he was employed as a social scientist by the U.S. Department of Agriculture, Bureau of Agricultural Economics, and in the years immediately following the war—1947, 1948, and 1949—he served the bureau in Japan as a social and economic consultant. Upon leaving the Bureau of Agricultural Economics in 1952, Raper spent the years 1952–54 with the Foreign Operations Administration of the Mutual Security Mission to China—actually Taiwan—and from 1955 to 1962 he was associated in various capacities with the International Cooperation Administration, working on assignments in the Middle East, North Africa, and Asia. In 1962 Raper was appointed senior adviser to the Pakistan Academy for Rural Development in East Pakistan; this work was sponsored jointly by Michigan State University and the Ford Foundation. After the completion of the program in 1964, he joined Michigan State University's Asian Studies Center and until his retirement in 1967 held the title of visiting professor of sociology.

Raper wrote, edited, or contributed to at least nineteen books, each dealing with problems of rural life, and his articles were published in scholarly journals. His best-known books were Tragedy of Lynching (1933), Preface to Peasantry (1936), Sharecroppers All with Ira De A. Reid (1941), and Tenants of the Almighty (1943). Raper's concern for racial and social justice was genuine; this is evident by the variety and nature of outside activities that laid claim to his time. He was a mediation representative for the National War Labor Board, a member of the board of the National Sharecroppers' Fund and of the Southern Regional Council, for two years executive secretary of the Council on a Christian Social Order (1938–40), and for six years (1946–52) a trustee of the Delta Cooperative Farms, Inc.

On 12 June 1929 Raper married Martha Elizabeth Jarrell, and they were the parents of four children—Charles Franklin, Harrison Crouse (Roper), Arthur Jarrell, and Margaret Raper Hummon. As for politics, Raper referred to himself as "usually a Democrat," and in religion," "at first [a] Moravian, then a Methodist by marriage." His death was apparently the result of a heart attack. Services were held in the Oakton United Methodist Church, Oakton, Va., with interment in the Oakton Cemetery.