Originally published in Spartan Stories, Tales from the University Archives at The University of North Carolina at Greensboro. Published with permission. 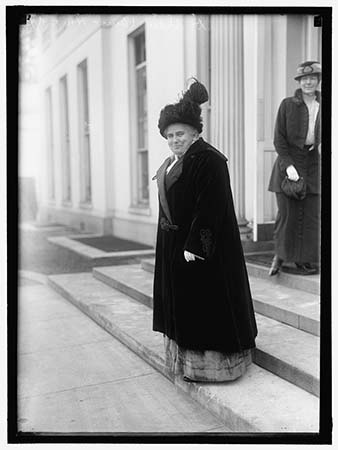 Shaw Residence Hall, located on the campus of The University of North Carolina at Greensboro (UNCG), is one of the few buildings not named in honor of someone officially associated with the University. Yet, the connection between the college and the noted suffragist, Dr. Anna Howard Shaw, was an important one. She would ultimately leave the North Carolina College for Women (now UNCG) significant scholarship funds in her will, and the college would name a dormitory in Shaw’s honor.

A native of England, Anna Howard Shaw immigrated to the United States with her family in 1847. She spent much of her childhood with her mother and four young siblings in the wilderness of Michigan, where her father had purchased a 360-acre tract of land and sent his wife and children to live there alone. At fifteen, Shaw became a school teacher, but felt that her true calling was to be a preacher. While her chosen field met strong disapproval from her family and friends, she persevered and earned her own way through Albion College in Michigan and Boston University School of Theology. Shaw was the only woman in her graduating class. In 1880, she was ordained as the first female minister in the Methodist Protestant Church. She continued her education, earning a medical degree from Boston University in 1886. Choosing not to practice medicine, Shaw became increasingly involved with the Temperance and Suffrage Movements, developing a strong friendship with women’s rights activist Susan B. Anthony. Shaw was elected president of the National Woman Suffrage Association in 1904, and was appointed the Chairman of the Women’s Committee of the United States Council of National Defense during World War I.

It was political science professor, Harriet Elliott, who first extended an invitation to Shaw to speak at the State Normal and Industrial College (now UNCG). The two women met at a lecture at Columbia University and their personal interest in suffrage and women’s rights led to a fast friendship. During these politically active years, State Normal was fortunate to have several strong suffrage advocates speak to the student body. Shaw spoke at the school on three occasions between 1917 - 1919. She felt especially close to the State Normal girls, stating that the spirit of the school was “inspiring and unique.”

In spring 1919, the senior class requested that Shaw speak at their graduation. The Class of 1919 considered themselves the “wartime class,” as their college years overlapped the time that the United States was involved in 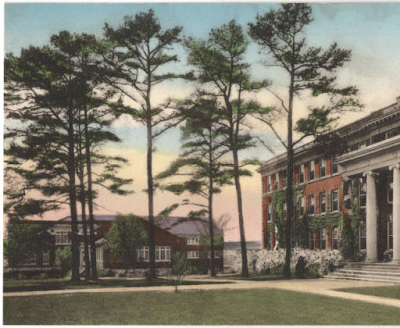 World War I. The students were anxious to hear Shaw’s vision the post-war world. Interrupting a national tour promoting the League of Nations, an ailing Shaw traveled down from Washington to speak at the college’s commencement. In her address, Shaw commended the young students for their wartime campus mobilization efforts and asked that they redefine their post-war roles as moral leaders for the peace. She understood that the true legacy of the war was this generation of young women that would shortly gain the vote and become more politically active than at any other time in American history. At the commencement exercises, college president, Julius Foust, announced that the new campus dormitory would be named in Shaw’s honor.

Shaw died only two months later on July 2, 1919, a year before the ratification of the 19th Amendment, which granted American women the right to vote.

Shaw, Anna Howard. "The Fundamental Principle of a Republic." Speech given at the New York State equal suffrage campaign at the City Opera House in Ogdensburg, New York, June 21, 1915. In Gifts of Speech, Women's Speeches from Around the World, Sweet Briar College, http://gos.sbc.edu/ 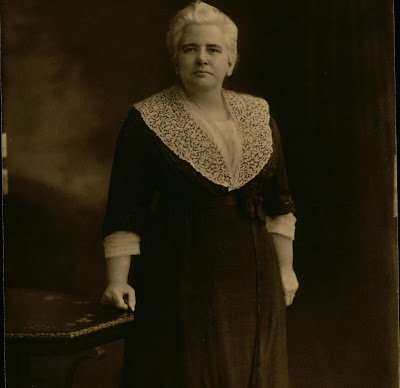