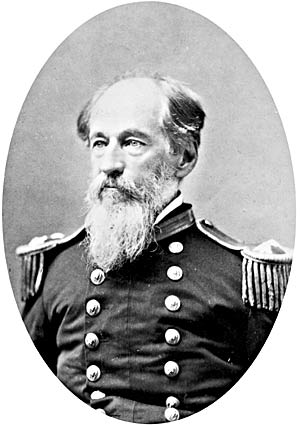 Fabius Maximus Stanly, U.S. naval officer, was born in New Bern, the son of John, a Federalist congressman, and Elizabeth Franks Stanly. He entered the navy as a midshipman candidate on 20 Dec. 1831 and served until 1843 in the Mediterranean, Home, West Indian, Pacific, and Brazilian squadrons. Passed midshipman on 15 June 1837, he was commissioned a lieutenant on 8 Sept. 1841. Stanly performed special service in 1844–45 on board the steamer Princeton, and in 1846 he was ordered to the frigate Congress of the Pacific Squadron.

During the Mexican War he took part in the capture of San Francisco (9 July 1846) and commanded the blockhouse guarding the town. He was present at the capture of Guaymas in the state of Sonora (20 Oct. 1847) and assisted at the capture of Mazatlán in the state of Sinaloa (11 Nov. 1847). Stanly commanded an outpost at Mazatlán and had frequent skirmishes with an "active enemy," in one of which he received a lance wound in the breast. On 20 Nov. 1847 Captain Elie A. F. La Vallette, the military governor of Mazatlán, sent Lieutenant George L. Selden and Stanly with ninety-four seamen to clear the road to San Sebastián. Encountering the Mexicans near the village of Urias, about ten miles from Mazatlán, Selden's men threw them into confusion. According to Stanly, this battle was "the hardest fought and the bloodiest made by sailors during the war." In his gun crew only one man out of sixteen escaped injury.

Returning to Guaymas, Stanly on 30 Jan. 1848 led one of three groups of seamen and marines from the sloop of war Dale in a surprise descent on the village of Cochori, about eight miles east of Guaymas; the defenders were routed. On 13 February he led twenty-one marines and seamen to break up what was left of the Mexican barracks at Bocachicacampo. Under the pressure of the attack, the Mexicans, numbering about twenty or thirty, fled, abandoning most of their arms and equipment. Stanly received a "contusion" on the leg as a bush broke the ball's force. A week later he returned with a landing party from the schooner Libertad and demolished the barracks. The last fighting in the area of Guaymas took place on 9 Apr. 1848, when Stanly and a detachment of thirty men landed at the estuary of the Soldado River and marched inland for twelve miles to spike three guns. On their way back to the boats they briefly skirmished with some Mexicans and claimed to have killed one and badly wounded three others; two Americans were slightly injured. Stanly received the thanks of two secretaries of the navy for his service in the Mexican War. In 1848–50 he served in the Pacific Squadron.

In February 1851 Stanly was tried before a general court martial in Washington, D.C., for publicly posting his superior officer, Commander Zachariah F. Johnston, as a coward. Johnston had agreed to fight a duel and then declined to do so. Stanly was found guilty and was sentenced to be dismissed from the navy. However, a majority of the court recommended executive clemency, and President Millard Fillmore reduced his sentence to twelve months' suspension from service and pay in consideration of his "good character."

After returning to active service, Stanly commanded the store ship Warren (1852–53), a store ship at San Francisco (1855), the Mare Island Navy Yard, Calif. (1856), and the store ship Supply in the Paraguay expedition (1858–59). In 1860 he commanded the steamer Wyandotte at Key West, Fla., and cooperated with Captain of Engineers Montgomery Meigs to prevent the capture of Fort Taylor by the Secessionists. The James Buchanan administration relieved him from command for his excessive zeal and sent him to the receiving ship Independence at Mare Island Navy Yard. On 19 May 1861 he was promoted to commander, and in 1862–64 he was placed in charge of the steamer Narragansett of the Pacific Squadron, guarding mail steamers between San Francisco and Panama. He received the State Department's thanks for his diplomatic services on the Mexican coast. In 1864 he was on ordnance duty with the Mississippi Squadron.

Early in 1865 Stanly joined the South Atlantic Blockading Squadron of Admiral John A. Dahlgren off Charleston, S.C., as commander of the side-wheel steamer State of Georgia. From 12 to 17 February he commanded a naval flotilla that cooperated with a land force under Brigadier General Edward E. Potter in the Bull's Bay expedition. The little settlement of Andersonville, about fourteen miles from Charleston, was occupied. In his report, Stanly stated: "General [Quincy] Gillmore had paid us a special visit on the 17th, assuring us that Charleston would surrender on our obtaining a firm foothold here. I have no doubt but that our doing so added much to the fear caused by General [William T.] Sherman, which has caused the abandonment of Charleston on the 18th." 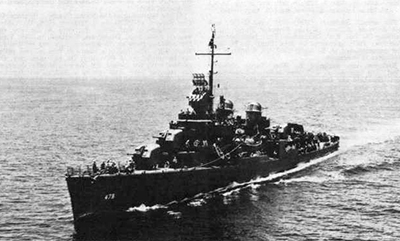 After the capture of Charleston, Admiral Dahlgren planned to occupy Georgetown as the best means of opening communication with Sherman, who was marching from Columbia towards the North Carolina line. Impressed with the "energy and vigor" Stanly had displayed in the Bull's Bay expedition, Dahlgren selected him to lead a force of marines and seamen up the Santee River to operate against the rear of the battery defending Georgetown, while the navy attacked in front. However, as Stanly was starting, word arrived that the Confederates had abandoned the town and battery (23 Feb. 1865).

Commissioned as captain on 25 July 1866, Stanly commanded the Tuscarora in the South Pacific Squadron during 1866–67. He was promoted to commodore on 1 July 1870 and to rear admiral on 12 Feb. 1874. On 4 June 1874, he was, at his own request, placed on the retired list. He died of heart disease at his Washington, D.C., residence and was buried in Oak Hill Cemetery. Stanly was married twice: to a Miss Love and to Cornelia Carr. A destroyer, completed at the Charleston Navy Yard in 1942, was named the USS Stanly in his honor.

Lewis R. Hamersly, The Records of Living Officers of the U.S. Navy and Marine Corps (1870).