Josiah Charles Trent, surgeon and historian of medicine, was born in Okmulgee, Okla., the youngest of four children, to parents of English ancestry. His father, Josiah Charles Trent, was a native of Arkansas and a merchant who traded with both settlers and Indians and who used his store as a bank. His mother, Mary Simpson Trent, was a native of Mississippi and a music teacher. Although his father died when Trent was a boy, he attended public schools in Okmulgee and matriculated at Duke University, graduating in 1934 at age nineteen. He began his study of medicine at the University of Pennsylvania, where, beyond the general run of medical courses, he developed particular interests in surgical pathology and the history of medicine. Awarded the M.D. with honors from Pennsylvania in 1938, he took a medical internship at Ford Hospital in Detroit. During this year he and his wife began the collections of rare books in the fields of medicine and literature that were one expression of Dr. Trent's conviction that current medicine is most successfully practiced and understood by persons who are knowledgeable of its history. 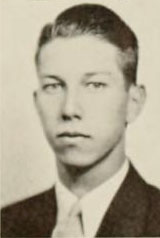 In 1939 Trent began a six-year residency at the Duke University School of Medicine. He developed a special interest in the services that supported surgery, organizing a blood bank for the hospital and advocating establishment of a Division of Anesthesiology in the School of Medicine. In 1941 he underwent surgery for an abdominal mass that was identified as an abdominal lymphosarcoma. During the next seven years, while the disease was held in check, he published fifty papers, forty-three on the history of medicine. The specifically surgical papers reported on the value, or disvalue, of specific operative procedures. The majority of the history papers were titled Thumbnail Sketches of Eminent Physicians, reflecting his belief that young physicians should know the ideals and accomplishments of the profession as expressed in the lives of its most successful practitioners. The articles frequently were grouped in series such as "The Evolution of the Aseptic Principle in Surgery," "The Story of Yellow Fever," "Obstetrics and Gynecology in America," and "Chapters in the History of Thoracic Surgery." By this device his historical teaching moved beyond the biographical to become a means of describing the parameters of entire fields. He used this device in an elective career for medical students as well as in his publications.

On completion of his residency, Trent was offered a choice of positions at Duke: to become a junior member of the Department of Surgery in general surgery or to develop as head a Division of Thoracic Surgery. He opted for the second alternative, asking for two years in which to gain additional training, and was appointed instructor in thoracic surgery at the University of Michigan under Dr. John Alexander. At Michigan he accumulated both operative and administrative experience in the management of thoracic surgical cases. In 1946, however, he underwent an operation to relieve intracranial pressure resulting from his lymphosarcoma. He soon was released from his position at Michigan, at his request, to return to Duke and organize the Division of Thoracic Surgery. The essence of his administrative technique was cooperation. He correlated the work of his division with the parallel group in the Department of Medicine and broadened his program by instituting joint conferences in tuberculosis sanatoria. Trent stepped up his involvement with the history of medicine, presenting papers at the American Association of the History of Medicine and the Grolier Club in 1948. He arranged the session on the history of medicine at the annual meeting of the American Medical Association according to his personal philosophy. At the session, participants who had made important contributions to medicine described their work, and subsequent discussion focused on the concept of progress in medicine. Beginning in January 1948 he served as a trustee of Lincoln Hospital, which originally had been a gift of his wife's family for the care of blacks in Durham. In November, however, his disease became widely disseminated, and he died in Durham the following month.

Trent's professional affiliations reflected his dual interests in surgery and the history of medicine. He was a member of the Durham-Orange County Medical Society (secretary-treasurer, 1947–48), Founders Group of the American Board of Thoracic Surgery, American Board of Surgery, Society of University of Surgeons, American College of Surgeons, National Tuberculosis Association, and National Trudeau Society. He dropped his membership in the Southern Medical Association because he felt that it discriminated against black physicians. Trent also served on the editorial boards of the North Carolina Medical Journal and the Journal of the History of Medicine and Allied Sciences and was honorary consultant of the Army Medical Library. Memberships in the American Association of the History of Medicine, Charaka Club, and Grolier Club reflected his interest in the history of medicine and in collecting books and manuscripts.

Trent was a Democrat in politics and a member of the Methodist church. In 1938 he married Mary Duke Biddle of Durham, and they had four daughters: Mary Duke Trent Jones, Sarah Elizabeth Trent Harris, Rebecca Gray Trent Kirkland, and Barbara Biddle Trent Kimbrell. In 1945 they gave their collection of Walt Whitman materials to Duke University in order to promote student interest in and use of original sources. Following his death Mrs. Trent donated their larger collection—4,000 volumes and 2,000 manuscripts on the history of medicine—to the Duke University School of Medicine for the same purposes. In an era of medical specialization, Dr. Trent insisted, the education of the whole person must not be neglected. The collection was housed in the Trent Room of the library of the Duke University Medical Center, where his bust and portrait were displayed and his collected works made available.

Journal of the History of Medicine and Allied Sciences 3 (1948 [portrait]).

Duke University, and Henry Schuman. 1961. From Hammurabi to Gesell: an exhibit of books on the history of pediatrics, in connection with the symposium: The commonwealth of children. In honor of Doctor Wilburt C. Davison. https://www.worldcat.org/title/from-hammurabi-to-gesell-an-exhibit-of-books-on-the-history-of-pediatrics-in-connection-with-the-symposium-the-commonwealth-of-children-in-honor-of-doctor-wilburt-c-davison/oclc/154710878 (accessed July 9, 2014).