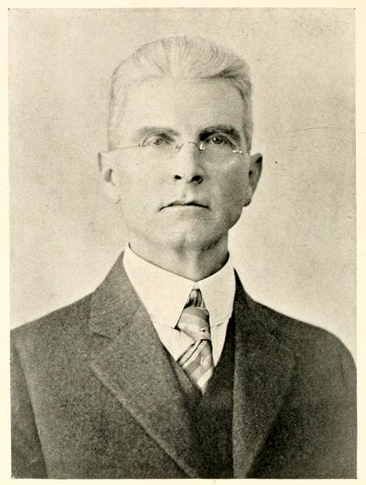 Preston Stewart Vann, educational administrator, was born in Sampson County, the youngest of twelve children of Kedar and Louisa Robinson Vann. He received his early education at Coharie Academy—an institution of which his father had been one of the principal founders—and Scotland Neck Military Academy. In 1893 he enrolled in Wake Forest College, which awarded him both the A.B. and L.L.B. degrees in 1897.

After spending a short term at Harvard University, where he earned certificates in education, Vann devoted the next quarter century of his career to education and educational administration. He taught Latin, mathematics, and science at Chowan Female Institute, Murfreesboro, from 1897 to 1902 before service with the following institutions: principal, Robeson Institute (1903–7) and Liberty-Piedmont Institute (1907–9); superintendent, Davidson County Schools (1909–15), Gates County Schools (1917–18), and Pasquotank County Schools (1918–20); and president, Chowan College (1920–23). Thereafter, he spent several years as southern regional representative for the J. B. Lippincott Publishing Company, Philadelphia.

Vann's major contribution as a secondary school administrator—in both the public and private sectors—was to garner support for the expansion and improvement of the physical facilities of these institutions. He delighted in being a "builder." Thus, no less than forty-eight new schools were erected during his six-year tenure with the Davidson County system, including the first three high schools to be established in the county. Earlier, he had rallied support—especially among area Baptists—for the fledgling Robeson Institute (Lumberton) and the Liberty-Piedmont Institute (Wallburg).

The primary objective of his tenure as president of Chowan College was to raise educational standards so the institution could attain the highest possible accreditation rating by the State Board of Education. Accordingly, he enlisted the assistance of the school's trustees and patrons for the necessary renovations and construction projects and for upgrading curriculum requirements. Although his goal was not realized until two years after his resignation, Vann initiated the project and secured the approval of Chowan's governing board and patrons to carry it out.

Vann married Katherine Lee Alley of Petersburg, Va., on 12 Oct. 1897. They had no children. A devoted Baptist and active in numerous civic, professional, and fraternal organizations, Vann spent his later years in Charlotte. There his remains were interred in Forest Lawn Cemetery.