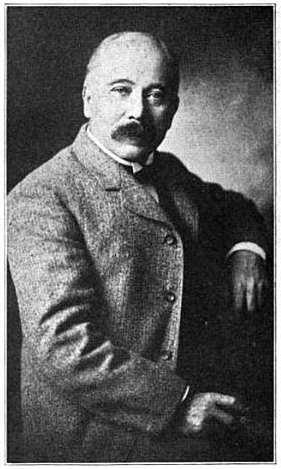 Karl Von Ruck, physician and pioneer in the treatment of tuberculosis, the son of Baron Johann and Clara von Ruck, was born in Constantinople, Turkey, where his father was the German minister. Spending his youth in Württemberg, Germany, he was educated in Stuttgart where he received the B.S. degree in 1867. He entered the medical course at the University of Tübingen, but the Franco-Prussian war interrupted his studies. After the war he returned to the university, from which he received the M.D. degree with honors in 1877.

Von Ruck went to England for a time and then to the United States, where he enrolled in the medical department at the University of Michigan. Following his graduation in 1879 with a second M.D. degree, he spent almost a year working in hospitals in New York before establishing a private practice in Norwalk, Ohio, where he remained until 1883. News of the discovery by Professor Robert Koch in Germany of the germ that caused tuberculosis prompted von Ruck to return to Germany to work under Koch. He spent about eight months in Koch's Hygienic Laboratory and at Professor Rudolf Virchow's Pathological Institute. Von Ruck was present on 21 Mar. 1882 at a meeting of the Berlin Physiological Society when Koch announced his detection of the tuberculosis bacillus. Before returning to the United States he also visited private clinics that treated tuberculosis. Again in Ohio in 1884, he established a private hospital for the treatment of tuberculosis.

Because of the therapeutic climate in Asheville, N.C., he moved there in 1888 to establish the Winyaw Sanitarium for the treatment of diseases of the lungs and throat. Modeled and conducted along the same lines as those in Germany, the sanitarium soon was receiving patients from all over the United States. 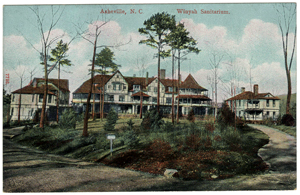 After Koch discovered a serum for the treatment of tuberculosis, von Ruck was the first physician to obtain it for use in a private institution. Together with "the climatic, dietetic, hydropathic and other methods of treatment" at the Asheville clinic, the serum produced notable results. An 1892 account reported sixty-nine cases cured and a large number "permanently arrested and greatly improved." Von Ruck continued to operate the sanitarium until 1910, when he became consulting physician. In 1895 he founded the Von Ruck Research Laboratory for Tuberculosis in Asheville as a center for original investigation only, and in 1912 he found a vaccine for the prevention and cure of tuberculosis. During the summer of 1914 he went to London to present his discoveries in the treatment of tuberculosis to the medical profession of England and other countries. He was well received and likely would have pursued his work there and on the Continent if World War I had not intervened.

Von Ruck contributed to a number of professional journals, and with his son, Dr. Silvio von Ruck, he was the author of Studies in Prophylactic and Therapeutic Immunization against Tuberculosis (1916).

On Christmas Day 1872 von Ruck married Delia Moore of Ottawa County, Ohio. They had two children—a daughter, Calla, who died in 1897, and a son, Silvio Henry, a physician who collaborated with his father and eventually took over much of his work before dying of pneumonia in 1918. Their only grandchild, Silvia, also died of pneumonia a few days later. Mrs. von Ruck died in December 1921, and Karl von Ruck, who had been in declining health from nephritis, was the last of his immediate family. His funeral was conducted at his home by the minister of the Congregational church, and he was buried in Riverside Cemetery. Both the laboratory, which had been endowed by von Ruck, and the sanitarium, under the direction of its staff, continued to operate for a number of years.

A Critical Examination of Dr. [Arthur Marston] Stimson's Report on the Investigation of the Methods and Practices Employed by Drs. Karl and Silvio von Ruck, in Treating Tuberculosis and in Rendering Persons Immune from Tuberculosis (1915, S. Doc. 641).