The David Caldwell School, also known as "Log College," was established in what is 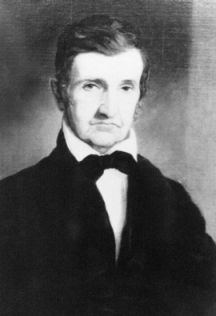 now Greensboro in 1767 by David Caldwell, a Presbyterian minister, self-taught physician, and patriot. As a spiritual leader of the growing Scotch-Irish population in rural North Carolina, Caldwell saw a need for an institution that would raise the level of education of people in the "backwoods." For the first 20 years, he operated the school out of his home. At an unknown date after the American Revolution, a separate school building was erected. The idea of a permanent school with boarders was unusual in the state, as it ran against the tradition of itinerant teachers.

Caldwell's curriculum was adapted to each student's needs. Advanced students received instruction in math and mechanical sciences, English writing and grammar, Latin, Greek, and Hebrew. Instruction in metaphysics was derived by Caldwell from notes he had taken at Princeton. Seeking to involve students in practical matters, Caldwell had them build a mill and dam. Heavy emphasis was placed on a firm appreciation and understanding of the Protestant religious heritage. Caldwell's instruction was considered good enough to allow several students to enter the junior year at the University of North Carolina.

Most early accounts of the Log College place the number of students between 50 and 60, but more recent studies estimate that the number was between 12 and 20. Figures given by early local writers were inflated to give the impression that it was the equal of later academies in the Piedmont. Graduates entered the learned professions at a rate unknown by other schools. Many went into professions such as law and medicine. Others went into politics with success, with five becoming governors, including John Motley Morehead (1841-45).

In 1795 Caldwell's prominence as an educator led the trustees of the University of North Carolina to offer him the presidency of the university, which he declined. He died in 1824, still active in the operation of his Log College.