Sir Alexander Cuming, Scottish aristocrat, adventurer, confidence man, and the self-proclaimed, “King of the Cherokees” was born on December 18, 1691 in Aberdeenshire, Scotland to Sir Alexander Cuming, First Baronet and his first wife, Elizabeth Swinton. His family was fairly wealthy and Cuming was groomed to become a lawyer. He was well educated, and in 1720, was elected to a position in the notable Royal Society of London for Improving Natural Knowledge. However, he was removed in 1757 because he never paid the organization’s annual membership fee. Although he had many accomplishments, he was also the victim of several financial fraud schemes. In light of this, Cuming appealed to his friends for help.  His friends endorsed him for the position of governor of the Bermuda, but he did not win the election.

Cuming set sail for Charleston, South Carolina in September of 1729, at the suggestion of his wife after she had a dream that he would accomplish great things in the New World. However, some sources say King George II secretly sent him to the New World as an ambassador to the Cherokee in order to initiate trade. This claim is supported by a letter he sent directly to King George reminding the King that Cuming’s father had saved the King from drowning and asking that he be repaid with a job.  Whether he traveled to the Cherokee at the beckoning of his wife’s vision, or a command from King George, the result was unexpected and greatly benefited the British.

Cuming arrived in Charleston, South Carolina in December of 1729. The situation was becoming dangerous; the Cherokee Indians were becoming hostile to the British, and the British were encroaching on Cherokee land. Trade between the two groups had come to a standstill.

Before starting his journey to meet with the Cherokee, Cuming settled in Charleston for several months where he embarked on fraudulent money making activities. According to a letter that was published in a British newspaper, Cuming established an elaborate system to defraud the colonists of their money by issuing faulty promissory notes. The letter showed the extent of Cuming’s scam through a statement by one of the defrauded colonists, “…and we have only this comfort left for the loss of our money, that no man can laugh at his neighbors; or rather, that every man may laugh at all his neighbors.”

Cuming traveled to many Cherokee towns located in what the Indians called the Lower, Middle, and Overhill regions. These areas are located in present-day South Carolina, North Carolina, and Tennessee. Cuming’s travels through the South Carolina tribes were successful and he convinced many Cherokee to pledge allegiance to the King. At one of the first towns he visited, Cuming made an unprecedented appeal to the assembly of Cherokee chiefs that they should all kneel with him in acknowledgment of his majesty, King George II.  He further said “they obey him in every thing; and that if they violated his promise, they would become no people.” That statement was very dangerous and worried his guide who translated what Cuming said to the Cherokee. But they did in fact kneel with Cuming in obedience to King George II.  After leaving the meeting, Cuming’s guide recorded asking him what would he have done had the Cherokee refused to kneel.  Cuming said, “If any of the Indians had refused…he intended to take a brand out of the fire that burns in the middle of the room and have set fire to the house. That he would have guarded the door himself, and put to death every one that endeavored to make their escape.”

At the Lower and Overhill towns, Cuming told the Cherokee to have a meeting with him in the Middle region town of Nequassee, located in modern day Macon County, North Carolina. It was here, at the Nikwasi Mound, which is preserved today in Macon County, where Cuming drastically altered Cherokee-British relations.  Cuming endorsed a Cherokee he had met named Moytoy to be Emperor of the Cherokee nation.  This emperor would be responsible for all the Cherokee’s actions. The emperor, Moytoy, would answer to Cuming and Cuming would answer to the King. Upon his election to the position by the Cherokee chiefs, Cuming had successfully put into place a chain of command for the Cherokee that answered to the King. In addition, the Cherokee made a “declaration of their resigning their crown, eagles tails, scalps of their enemies, as an emblem of their all owning his Majesty King George’s sovereignty over them, at the desire of Sir Alexander Cuming, in whom an absolute unlimited power was placed, without which he could not be able to answer to his majesty for their conduct.” Cuming persuaded seven Cherokee warriors to return to Great Britain with him to meet the King and sign a formal treaty. 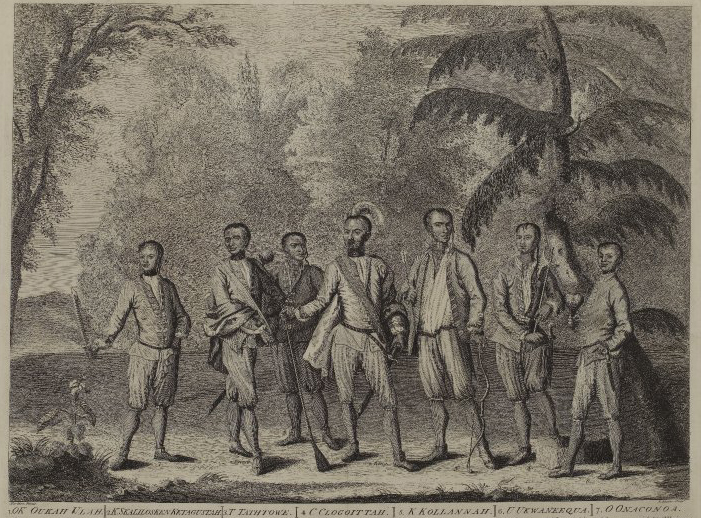 On June 6, 1730, Cuming landed in Dover, England with seven Cherokee representatives: King Ouka, Prince Catorgusta, General Tethtow, Gen. Clogoitta, Gen. Calannah, Gen. Unnowconnowe, and Capt. Owean Nakan. After staying four months, the Indian representatives signed a formal treaty with Great Britain. This treaty was known as the Articles of Friendship and Commerce, and it recognized the Cherokee nation as subjects of the crown. The treaty effectively started trade between the two nations as well as made Cherokee land available to the British to settle. In addition, a British newspaper of the time praised the treaty saying, “The signing of these Articles, and the due performance of them, will be attended with great advantages to the English Nation, as it will strengthen the hands of his Majesty’s subjects of Carolina against other Indians supported by any European nation; for these people, as we are informed, are formidable, that they are able to send into the field many thousands of fighting men.”

Cuming did not spend much time with the Cherokee in England before the signing of the treaty.  According to a newspaper article of the time, “…in the evening the said Articles were signed by the chiefs at Sir Alexander’s lodgings in Spring Garden Westminster, in presence of the Governor of Carolina, and the secretary of that Board.” This was one of the few times Cuming did see the Indians while they were in England. After the treaty was signed and the Indians were sent back to the New World, Cuming made several appeals through letters to King George asking to be appointed as overseer of the Cherokees with a position in the New World. These appeals were unsuccessful and overall, Cuming had very little to show for his efforts with the Cherokee.

In 1737, his crimes in Charleston of defrauding colonists caught up with him, and he was sent to Fleet Prison for over twenty years. While in prison, Cuming obsessed over schemes using the Cherokee and Carolina as a way to get rich, even proposing them to investors, to no avail.

In 1765 he was nominated as a "Poor Brother" at the public school Charterhouse in London, a position which supplied room and board.  After his death, he was buried in the East Barnet Church on August 28, 1775. He was survived only by his son Alexander; his wife Amy (Whitehall) and daughter Elizabeth having predeceased him.

­­Robertson, David. "Case 139: Sir Alexander Cuming of Culter, Baronet, Edlest Son, Executor, and Assignee of Sir Alexander Cuming, deceased." Reports of Cases on Appeal from Scotland, Decided in the House of Peers: Volume the First. Containing the Period from the Union in 1707, to the Commencement of the Reign of George II [1727]. London: A. Straham. 1807. 577-590. http://books.google.com/books?id=VHwDAAAAQAAJ&pg=PA577#v=onepage&q&f=false (accessed May 28, 2014).

Drake, Samuel Gardner. Early history of Georgia, embracing the embassy of Sir Alexander Cuming to the country of the Cherokees, in the year 1730. A paper read in substance before the New-England Historic, Genealogical Society, February, 1872. Boston, Printed by D. Clapp & son. 1872. https://archive.org/details/earlyhistoryofge00drak (accessed May 28, 2014).

Basire, Isaac. "The above Indian Kings or Chiefs Were brought over from Carolina..." 1730. © Trustees of the British Museum. https://www.britishmuseum.org (accessed January 3, 2013).