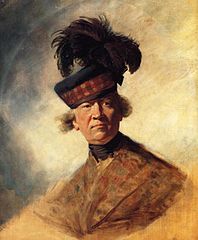 The Battle of Etchoe took place during the Cherokee War of 1760-61 between the Cherokee and the English. That war, a subconflict within the French and Indian War, began when whites murdered a number of Cherokees who were returning home from aiding the Virginians in their contest with the French. These murders, in addition to the mistreatment of some Cherokee women by the commander of Fort Prince George, led Cherokee warriors to attack whites on the Carolina frontier. A delegation of chiefs went to Charles Towne (Charleston, S.C.) to prevent the outbreak of a formal war, but Governor William Henry Lyttleton took the delegation hostage and returned them to Fort Prince George. There he demanded that the Cherokees turn in 24 warriors involved in the frontier killings before he would release the hostages.

On 27 June 1760, about eight miles south of Etchoe (near the present-day town of Otto at the deserted Cherokee town of Tessante Old Town), the first Battle of Etchoe took place. Oconostota ambushed Montgomery, killing 20 of his men and wounding 70, including Montgomery himself. Montgomery returned to Charles Towne to begin a new assignment, but meanwhile the Cherokees captured Fort Loudoun in present-day Tennessee. In response, Col. James Grant, a member of Montgomery's earlier expedition, led 2,400 men in a decisive blow against the Indians.

On 10 June 1761, about two miles south of Tessante Old Town and the site of the earlier battle, a second Battle of Etchoe took place. After nearly six hours of fighting, the Cherokees retreated and Grant went on to attack the Middle Towns, which had never been invaded before. Grant's expedition destroyed 15 towns and 15,000 acres of crops and drove 5,000 Cherokees into the remote mountains. Peace was signed with the Cherokees in September 1761.

The year in date of first