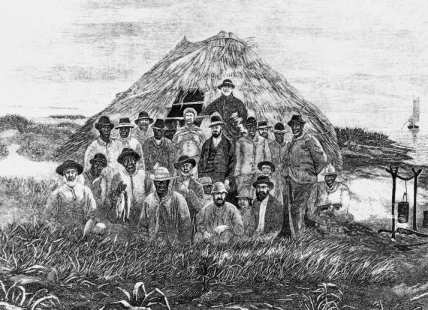 Fishing camps of primitive design were maintained by crews of commercial fishermen at isolated spots along the North Carolina coast during the last half of the nineteenth century and the early part of the twentieth. Some of the camps were built by shore fishermen who set their nets from the ocean beach at different times of the year to take advantage of the seasonal runs of various species of fish. Others, especially in the vicinity of Core Sound, were the temporary habitations of mullet fishermen who operated in teams. Most men involved in the mullet fishery lived on the mainland and were farmers by occupation, but like many of their descendants still residing in soundside communities, these old-timers probably were drawn to fishing as much by the knowledge that some fishermen make a pile of money in a hurry as they were by a desire to work and live on or near the water.

In 1880 R. Edward Earll described the annual migration of the mullet fishermen, stating that "when the fishing season arrives, they leave their homes and proceed in gangs of four to thirty men to the seashore under the leadership of a 'captain' who controls their movements." The first job when reaching shore was "to build rude huts or cabins in which 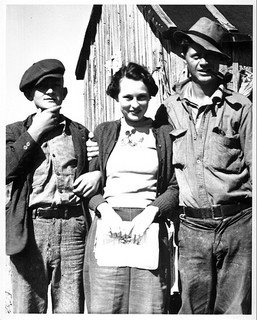 they eat and sleep until the close of the season." They started out by making a framework of saplings with the butts embedded in the sand and the tops bent over and tied to the ridge pole. These served as studding, to which sticks were attached in horizontal rows a foot and a half to two feet apart. Small piles of rushes, tied together with bear grass, were then laid side by side around the bottom of the structure, with a second tier overlapping the first, in the same manner used when a roof is being shingled. The only openings in the hut, Earll said, were "a small hole at the rear of the gable, to allow the smoke from the campfire to escape, and a square aperture two or three feet in height at the front, which serves as a door."

University of North Carolina geology professor Collier Cobb, in a 1908 National Geographic magazine article, provided photographs and descriptions of some of the fishing huts. He said one large hut on Shackleford Banks had been in use for more than 12 years and described it as being 12 feet in diameter and six feet in height, "round at the bottom, with vertical walls" and a roof that was conical in design. On Cedar Island, Cobb said, he had seen a much larger fishing camp consisting of a cluster, or kraal, of conical huts made of woven rush.

Sometimes more permanent fishing camps were built on the western shore of Pamlico Sound or its estuaries, where families would spend the summer months on vacation while the men attended to their fishing. One of these, located on a bluff at the mouth of a Neuse River tributary, was built by a Wanchese resident, "Uncle Lou" Midgett, who returned to the same spot with his family each summer. In 1862, a Federal transport, the Oriental, was sunk near Bodie Island across Roanoke Sound from Wanchese. Later, the Oriental nameplate was found by Rebecca Midgett, Uncle Lou's wife, who took it to the camp that summer and had it mounted on a tree on the bluff where it could be seen by anyone passing by. The modern-day town of Oriental was established on that site.

R. Edward Earll, "The Mullet Fishery," in George Brown Goode, ed., The Fisheries and Fishing Industries of the United States (1887).

Gillikin Island, Onslow County, NC, ca. 1939. The fish camp at Brown's Inlet (Onslow County) can be reached by power boat or an arduous struggle with oars. Yet most Sundays the girls arrive. Every fisherman on the island wanted his picture made with this charming lass. Caption and photograph by Charles A. Farrell. From the Charles A. Farrell Photograph Collection, North Carolina State Archives, call #:  PhC9_2_3_15, Raleigh, NC. Available from https://www.flickr.com/photos/north-carolina-state-archives/3002968752/ (accessed September 26, 2012).