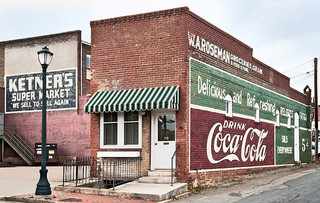 North Carolina is home to one of the nation's largest supermarket chains, Food Lion, as well as major regional chains. One of the state's earliest grocery chains, Pender Stores (forerunner of Colonial Stores and Big Star), was founded in 1900 by David Pender, the nephew of Pender County namesake Maj. Gen. William Dorsey Pender, a Confederate leader slain at Gettysburg. The first Pender Store opened on Monticello Avenue in Norfolk in 1901 and eventually expanded to include a delicatessen, soda fountain, and restaurant under the name Pender's Mammoth Food Department Store. By 1926, when controlling interest in the business was sold to New York investors, the Pender Stores had expanded to 244 locations, many in North Carolina, and employed more than 1,500 people. Pender remained as managing director, and his chain merged with the Rogers chain of stores in Georgia, Alabama, and South Carolina to cover the entire Southeast. In the mid-1930s, they were the first major chains in the South to move into the supermarket business. The larger supermarkets were named Big Star; their smaller counterparts were called Little Star. In 1940 the David Pender Grocery Company became Colonial Stores, Inc., and Rogers Stores ceased to exist. In 1988 Harris Teeter bought out the chain from the Grand Union Company, selling some Big Star stores to other chains while switching most to its brand. 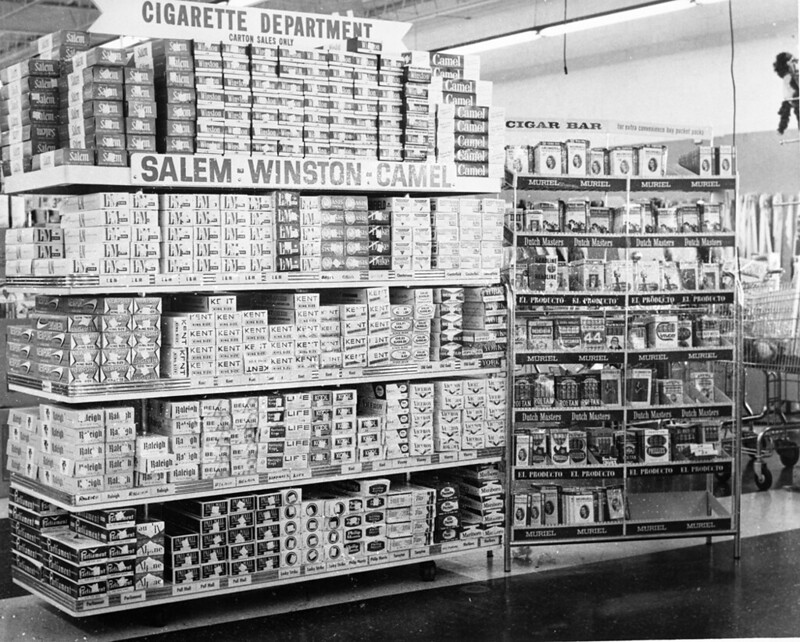 Food Lion, originally called Food Town, was established in 1957 when Ralph Wright Ketner, along with his older brother Clifford Brown Ketner and family friend Wilson Smith, left the large southern supermarket chain Winn-Dixie to start their own store in Salisbury. Other Food Town stores were established, and early in 1968 Ralph Ketner, president and CEO of the company from the start, instituted what has become known as "the Big Change." He transformed the small chain virtually overnight into a food discount store operating under the "everyday low prices" concept, which was emerging at about the same time in general retailers such as Wal-Mart and K-Mart. Ketner cut the prices of thousands of items to levels at or below wholesale. This strategy proved extraordinarily successful, and Food Town grew dramatically over the next two decades from 7 stores and $5.8 million in sales in 1967 to 106 stores and $543 million in sales by 1980.

The name of the company was changed to Food Lion in 1983 after the discovery that another grocery firm owned the Food Town name. (The logo of the Belgium-based Delhaize Group, which acquired the company in the 1970s, featured a lion.) Clifford Brown Ketner left the company in the early 1970s, and Smith retired in 1979. Ralph Ketner held the reins until he stepped down as chairman of the board in 1991. He had gradually relinquished control to Tom E. Smith (no relation to Wilson Smith) from China Grove, who had become president in 1981. Smith, a steady manager who carefully built upon and consolidated his predecessor's successes, added the titles of chief executive officer in 1986 and board chairman in 1991. 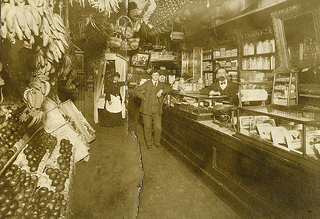 Food Lion has remained a tightly run, cost-efficient discount store with a distinct niche in the South's retail food industry. Although the company experienced problems in the 1990s-an overly ambitious effort to expand into the Southwest, labor difficulties, and widely publicized charges that it at times sold tainted food-by 2006 Food Lion operated more than 1,200 stores in 11 southeastern and mid-Atlantic states, with about 70,000 employees and 10 million customers per week.

Another successful North Carolina-based grocery store firm, Ingles Markets, Inc., was established by founder Bob Ingle in Asheville in 1963. In 1978 the company added a large distribution facility there. Its strategy has included locating stores within 250 miles of the facility to boost quality control. In 1982 Ingles acquired the former Sealtest milk processing and packaging plant in Asheville. Operating as Milkco, Inc., the company provides Ingles supermarkets with dairy products, citrus juices, and bottled water and sells more than 60 percent of its products to other retailers, wholesalers, and food service distributors. Annual production grew from 5 million gallons in 1982 to more than 48 million in 1998. Ingles ranked twenty-sixth in the Raleigh News and Observer's 2002 listing of the state's top 100 publicly held companies and operated 201 stores in the Carolinas, Georgia, Tennessee, Alabama, and Virginia, many of them in rural areas and small towns ignored by larger chains.

Based in Matthews, Harris Teeter Stores began in 1936 when W. T. Harris borrowed $1,500 to open a grocery store in Charlotte. The original Harris Super Market opened in 1949 as Mecklenburg County's first air-conditioned supermarket and the first to remain open until 9 p.m. on Fridays. In 1939 Willis L. Teeter and his brother Paul borrowed $1,700 to open Teeter's Food Mart in Mooresville. The two young and prospering companies first worked together in 1958, pooling buying efforts and storage facilities. In February 1960 Harris Super Markets and Teeter's Food Marts officially merged to form Harris Teeter Super Markets, Inc.

Within three years after the merger, 25 Harris Teeter stores were in operation, the first being in Kannapolis. A new, larger warehouse with office facilities was established, and Harris Teeter expanded by purchasing five supermarkets from Tilman's Grocery of Shelby and independent grocery stores in Charlotte and Gastonia. In 1969 Harris Teeter was bought by the Ruddick Corporation of Charlotte, a holding company traded on the New York Stock Exchange. In 1984 Harris Teeter merged with Food World, a successful supermarket chain started in 1917 by George E. Hutchens of High Point operating in central North Carolina and parts of Virginia. The merger added 52 stores, a distribution center, and nearly 3,000 associates to Harris Teeter. The company now covered four states and had 7,000 employees, making it the second-largest grocery chain in the Carolinas.

Between 1988 and 1993, Harris Teeter purchased 52 additional supermarkets operating under the Big Star name; a warehouse from the Grand Union Company; the Borden Dairy Plant, which in conjunction with Harris Teeter's Hunter Dairy greatly increased dairy product production; a 97,000-square-foot building in Matthews for its corporate offices; and five South Carolina Bruno stores. Distribution and transportation facilities for Harris Teeter are located in Greensboro and Indian Trail. By 2006 there were 149 Harris Teeter supermarkets in North Carolina, South Carolina, Virginia, Tennessee, Florida, and Georgia, employing 13,900 people.

Lowes Food Stores began in 1954 with one store in North Wilkesboro, which remained its headquarters until a 1989 move to Winston-Salem. The firm (privately owned since 1983) operates more than 100 stores in North Carolina and Virginia after aggressive expansion beginning in the mid-1980s. Some of its stores are acquisitions of existing stores of other companies, such as its 1997 purchase of the Byrd's Foods chain of Burlington-which gave Lowes a presence statewide-and the 2000 purchase of Hannaford stores in the Raleigh area. Lowes's annual sales were estimated in the early 2000s to be $700 to $800 million. The chain is a division of Alex Lee, Inc., of Hickory.

Richard S. Tedlow, New and Improved: The Story of Mass Marketing in America (1990).