by the North Carolina Arts Council. 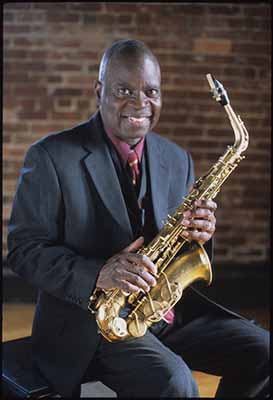 Saxaphonist Maceo Parker (born in 1943) and drummer Melvin Parker (born in 1944) are brothers born in Kinston. Rising from a musical family -- their father played piano and drums and their mother sang at church -- they both became key members of James Brown's band in the 1960s. Melvin Parker contributed a unique drumming style that helped define Brown's funk innovations, and he is considered a legend in funk and soul. Saxophonist Maceo Parker later formed his own band.  After playing on and off with James Brown in the 1960s, Melvin Parker joined his brother's band.


Kinston musicians helped shape the sound that became known as funk and propelled the James Brown Band to new levels of performance and recognition. Nat Jones, Dick Knight, Levi Raspberry, and the brothers Melvin and Maceo Parker were influential members of the James Brown Band. Maceo Parker, still a very popular musician, has a busy schedule of performances around the world.

Maceo and Melvin Parker trace their own musical beginnings to childhood experiences (growing up in Kinston).

Melvin Parker, too, remembers that in their family, music started at an early age:

When they were children, Melvin, Maceo, and Kellis Parker found a place for their band to perform at the movie theater. Melvin Parker tells the story: