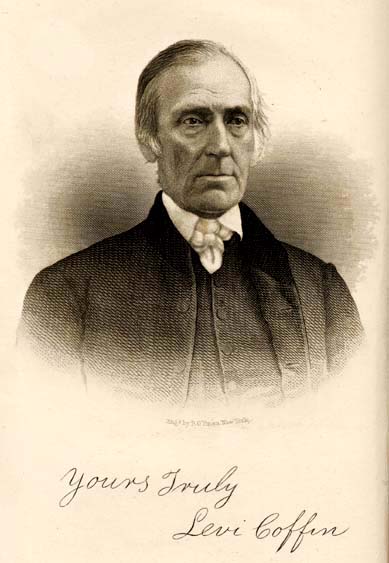 Manumission societies began as an eighteenth-century movement to abolish slavery through voluntary emancipation. The undertaking was initiated primarily by the Society of Friends (Quakers) on grounds that slavery was immoral and against Christian teaching. In North Carolina the first major step was taken in 1776, when owning or trading slaves was added to the list of practices punishable by banishment (called "disowning") from the Quaker meeting. As the egalitarian ideals of the American Revolution became popular in the Federalist era, Quakers attempted to convince non-Quakers to manumit, or free, their slaves.

By 1800 North Carolina's Quaker population was the largest of any state, with its members residing mostly in Randolph and Guilford Counties. Seeking legal advice, the Friends found a novel, if temporary, solution to their slavery concerns. As a legal entity, the Yearly Meeting (the central body of Quakers in North Carolina) could own slaves. Beginning in 1808, persons wishing to manumit their slaves could do so by transferring them to the Yearly Meeting. Consequently, within a few years the Society of Friends became one of the largest slaveholders in the state-to Quakers, a perplexing and ironic situation, for the remedy was only a stopgap.

In this environment, a few small manumission societies were organized at the urging of Charles Osborne, a Quaker minister from Tennessee. Four of these groups formed a larger Manumission Society, which held its first meeting in 1816. Osborne then attempted to persuade Baptists, Methodists, Presbyterians, and Moravians to join the movement, and at this point some Methodists and Presbyterians agreed. The Manumission Society grew rapidly, welcoming all petitioners. Among the new members were slaveholders who obviously had joined merely to disrupt the proceedings, but a large faction urged the membership to affiliate with the American Colonization Society. This faction was successful in appending "and Colonization" to the society's name. Over the next few years, the Quakers continued to deal with these fractious elements, but in 1823 the Manumission and Colonization Society ceased to exist as a formal body.

In 1824 Benjamin Lundy, a New Jersey Quaker, revived the society from the original membership, calling it the Manumission Society of North Carolina. This organization was more pragmatic than its predecessor and took steps to give it more structure. By 1826 the North Carolina Manumission Society acquired, from a core of 14 individual societies, more than 45 affiliates; its approximately 3,000 members represented almost half of the antislavery societies in the nation. In the same year one of its members was elected to the North Carolina legislature, demonstrating its growing influence. Moreover, the new society expanded its base to include Baptists, Methodists, and other religious groups across the state.

A major task of the North Carolina society was to equitably resolve the situation of the 600 slaves nominally owned by the Quakers' Yearly Meeting. A poll of these blacks revealed that half of them wanted to go to Liberia, whereas two other sizable voting blocs desired to either "go West" or "stay at home." Wishing to respect these requests, the society collected $2,000 to relocate the largest group. A boat with 40 freed slaves sailed for Liberia in 1826, followed by a boat with 120 bound for Haiti, accompanied by two Quakers. Another vessel left for Liberia a little later. In Haiti, however, the African Americans met with extreme resistance, and most of them returned to North Carolina. Moreover, the society discovered that one boat bound for Liberia actually docked in New Orleans, where the freed slaves were auctioned off and returned to bondage.

The North Carolina Manumission Society continued to promote emancipation by various means, but increasingly its efforts were blocked by legislation and judicial rulings. In 1831 anti-education acts effectively closed the black schools operated by the society. In the aftermath of the Nat Turner Rebellion, which occurred in Southampton County, Va., in August 1831, the organization's activities were barred at virtually every avenue; it became risky for followers even to continue their membership. As President Andrew Jackson contained the Nullifiers (radical advocates of state rights) in South Carolina in 1832, interest in the society somewhat revived, but by 1834 member organizations had dwindled to only a few affiliates, convening for the last time at Marlborough Meeting in Randolph County. Thereafter, those elements still in North Carolina existed only as depots on the Underground Railroad.

Whether by trepidation or frustration, many manumission supporters went west, largely to Indiana and Illinois. There, reportedly, they helped found the Free Soil movement and ultimately drew all antislavery parties into the Republican Party.

"NC Marker: J-103, Levi Coffin was an active member of the North Carolina Manumission Society." Photo courtesy of North Carolina Office of Archives and History. Available from https://www.ncdcr.gov/about/history/division-historical-resources/nc-highway-historical-marker-program/Markers.aspx?ct=ddl&sp=search&k=Markers&sv=J-103%20-%20N.C.%20MANUMISSION%20SOCIETY (accessed May 4, 2012).