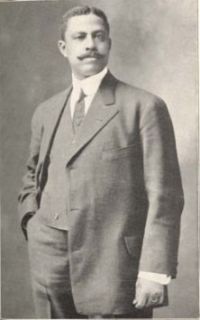 The Royal Knights of King David was an organization formed in 1883 by John Merrick, modeled after a similar group in Georgia. Merrick, a black Durham businessman who owned a chain of five barbershops, incorporated the North Carolina body in his own name, with W. G. Pearson as president. Organized as a fraternal and social group with religious overtones, the Royal Knights also provided insurance for members; indeed, providing insurance was one of the primary objectives Merrick envisioned for the organization.

A "Lady Knights Department" was formed in order "to unite fraternally all acceptable colored women of any reputable profession, business or organization" to assist one another. Membership included provisions for life insurance coverage and burial expenses. The constitution of the Durham unit permitted as many as six men to join the Lady Knights, but they were not allowed to vote or hold office, and their primary purpose was to act as pallbearers at the funerals of members.

In 1898 Merrick built upon the insurance activities of the Royal Knights to organize the business that became the North Carolina Mutual Life Insurance Company.