Living off the Land: Life in Rural North Carolina

Rural Life: Many things stayed the same over time

North Carolina has always been an agrarian state. Agrarian means related to living in rural areas and cultivating the land. Rural means in the countryside outside towns and cities. And cultivating means using the land for farming to make things for people and animals. From the history of the region's first peoples to today, many people have farmed and lived off the land in North Carolina. People provided for themselves as best they could from a family farm. And some made even more of a living from selling what they produced on the farm.

Life for many people changed little from the earliest days of settlement of the region into the early 1900s. Many people lived a hard life. People’s lives centered around the seasons, family, chores and farm work. Many families were isolated. They lived far from other families. If people lived in or near settlements or towns, the community became an important part of their lives. There they could buy, sell, and trade for things they needed. Communities might also have a church. And for many people, belonging to a church was also an important part of everyday life. 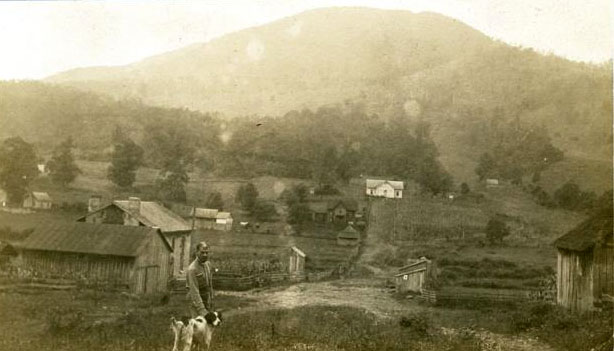 Many of the state’s rural families lived on very small farms and they were very poor. At times they were unable to get necessities like food and clothing. Some farmers were fortunate enough to own their own land. Many others rented from a landowner. This is called sharecropping. People got married at a younger age than they do today. And families tended to be a lot larger. Everyone in the family participated in farm activities. Even children had to raise and gather food, take care of animals, build shelters and fences, and do other things needed for everyday life. Most people didn’t own many clothes. And sometimes children were lucky if they even had shoes. If children were able to go to school, they went to school in one-room schools. This meant that all ages and grades were together. In the 19th century, white children could go to school. But enslaved children could not. Even after the end of slavery in the U.S., many black children were still unable to attend school until the 20th century because of laws and discrimination.

Many families in rural areas lived in simple, small houses. Many homes were log cabins or simple wood frame buildings. Families with more money lived in bigger homes with more furnishings and comforts. But sometimes an entire family lived in one or two rooms. Some houses didn’t even have windows. There was no modern heating or air-conditioning. So houses were often very hot in the summer and too cold in the winter. You can imagine that they did not have indoor plumbing, running water, or electricity. In rural areas, people relied on living close to water sources or digging wells by hand to find water in the ground. And instead of an indoor bathroom with a toilet, people used outhouses. Sometimes these are called privies. This was common for many people living on farms throughout the state from the 1700s into the 1900s. 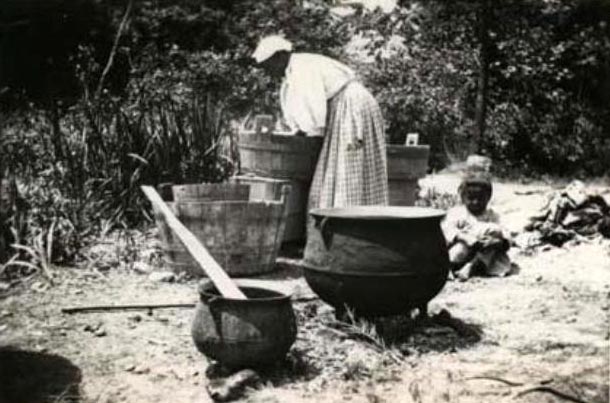 Many families lived on rural farms until the 1960s

From 1800 to about 1960, the number of farms in North Carolina went up. In 1850 there were about 57,000 farms across the state. By 1900, there were 224,000. And by 1950 there were 288,000. Starting in the 1960s, the number of farms started to go down. Today there are about 60,000 farms across the state. There are fewer farms, but more of them are larger than the smaller family farms of years ago. Over time the state developed more industries. And people left farming for other sources of income. Today, whether people live in rural or urban areas in the state depends a lot on the county where they live. Some counties have more people living in rural areas. And others have more people living in towns and cities.

Where do you live? How does your life compare to this kind of life? What do you think are necessities for life? What are luxuries? Why?

Rural Life in North Carolina 1800 to 1900: Some things change and some stay the same