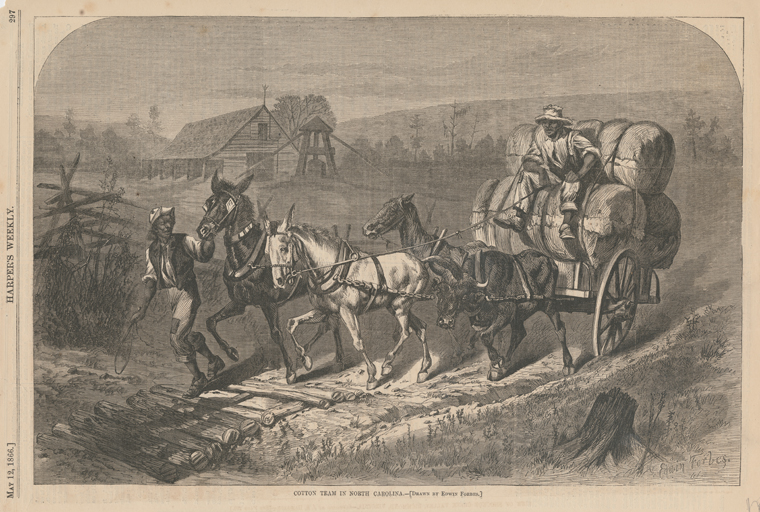 North Carolina in the 19th Century

North Carolinians of the nineteenth century dwelt in an agrarian world. This series of articles, Close to the Land, details the lives of antebellum Carolinians from the tobacco field to the grist mill, the courthouse to the schoolyard, and the camp-meeting arbor to the slave-quarters.

The farm, whether of ten acres or ten thousand, was the basic unit of economic production and social organization in antebellum North Carolina. The Tar Heel town, whether port city or backcountry village, was intrinsically tied to agriculture. Even budding industry and improved transporation facilities were essentially the outgrowth of efforts to process agricultural products and to reach markets efficiently. Although war and industrial expansion were to revolutionize society and transform the economy, the state's continued committment to agriculture linked North Carolina with its rural traditions.

More on the history of North Carolina in the 19th century from NCpedia: