Life in the New Republic 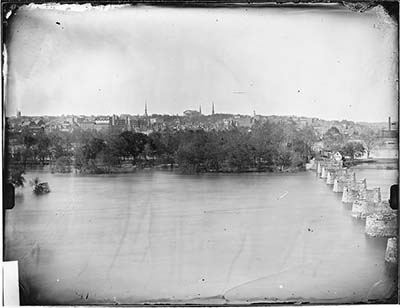 It was the Victorian Age. Born in 1819, Victoria ascended the throne of England in her teens and in 1870 was still queen. Her reign remained constant in a half-century that was otherwise tumultuous with change. New words suggested the altering dimensions of thought and the material world: technology, industrialist, engineer, journalism, individualism, booster, sodbuster, saloon, and Sunday school. Most life had been lived at a walking pace in the century before. New inventions from this period accelerated the tempo of life and linked remote parts of the country and the globe: the railroad, the telegraph, the steamship, the reaper, the sewing machine, the transatlantic cable.

In the American portion of the Victorian world, the United States was first and foremost a young republic. One of every three persons was under ten years old. Over half the population was under thirty. The population grew so fast—doubling in size every twenty-five years—that if the pace had continued, today we would be a nation of 1 billion.

But the energy and optimism of the Republic in this half-century came not only from the westward surge. The era was one of unprecedented growth in towns and cities, industry and commerce. By 1860 New York City had its first million inhabitants. The populations of other coastal and inland cities doubled and redoubled. One day in Chicago in the mid-1830s, lots that sold for $150 in the morning sold for $5,000 by nightfall. Even small towns throbbed with business, as blacksmiths and merchants, artisans and lawyers set up shop and rang up profits. While few factories in the modern sense existed, the hum of cottage industry became a din of manufacturing. With power provided by rivers and then steam-driven machines, with labor supplied first by young New England women and then by immigrant families, textile manufacturing led the way. In 1820 eight of ten Americans had made their living on the farm. By 1870 over half of the nation's employed worked in pursuits outside of agriculture. 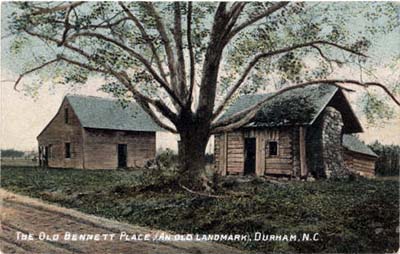 Continuity and Change in the Tar Heel State: Traditionalism and Rural Self-Sufficiency

What might have struck the traveler most about the forty years between 1820 and 1860 were not the signs of change but the strength of continuities. The great planters had expanded in number and diversified their crops to include cotton as well as leaf tobacco. But, as a class, this elite remained small, its lands the best, its influence large. In 1860 as in 1820, a third of North Carolinians were black and most were enslaved. Still predominant were the mass of yeomen farmers and their families, cultivating small farms with methods and tools familiar to their grandfathers. If making money and a life of elegance were the ambitions of the planters, and making both possible was the duty of enslaved blacks, to "make do" remained the goal and self-sufficiency the ultimate accomplishment of most small farmers.

The persistence of simple self-sufficiency and tradition in farming and daily life might well have troubled the traveler in 1860. For much of the rest of the nation had taken a different course in the nineteenth century. Outside the South, cities and factory towns, machines and improved transportation had changed the pace of life. On the farm, in villages as well as cities, a spirit of enterprise had taken hold. The market economy had spread everywhere, and both single people and families moved frequently in search of the best opportunities of "Commerce, Commerce, Commerce!" To outsiders who traveled through North Carolina and to many natives as well, the Tar Heel State—by doing most things as it had always done them—had fallen behind.

Yet, for all its traditionalism, North Carolina was not a stagnant society. The Tar Heel of legend, content to live lazily off the fat of the land, a bit of a brawler, proud that his mind was unpolluted by book learning, suspicious of higher culture as effeminate and alien, was more myth than reality. Curiosity, resourcefulness, and invention abounded, but they occurred within the boundaries of a rural world. Those boundaries frequently were narrow, often limited to the locality where a North Carolinian had grown up. Yet that small world was known with matchless intimacy. Footpaths and streams, soil and climate, neighbor and kin--these were the objects of curiosity and passion, loyalty and legend, struggle and mastery. Family was central, and a true map of North Carolina would record not only the roads and streams and farms and churches, but also the connections of kin. It was a countryside of cousins. Clans of cousins formed family alliances and intricate networks of mutual aid. It was a folk society, personal and passionate, ambitious and enterprising in its own terms.

The terms of life were altered by 1870. Not only did emancipation change the relationship between black and white, planter and freedman. The Civil War expanded horizons and shook old premises. Over 100,000 North Carolinians had left their localities, traveled hundreds of miles from home, and seen a wider part of the world. Women had managed farms and plantations while their men were away. Though most Tar Heels returned to rebuild after the war, deprivation created new opportunities. More and more farmers would plant crops for market. Others were ready to go beyond the plow and the plantation to take their chances with factories and the life of commerce. Ambitions and forces for change—channeled and contained for fifty years within the bounds of plantation life, slave communities, and local enterprise—were unleashed. The next half-century would be dramatically different from the last.