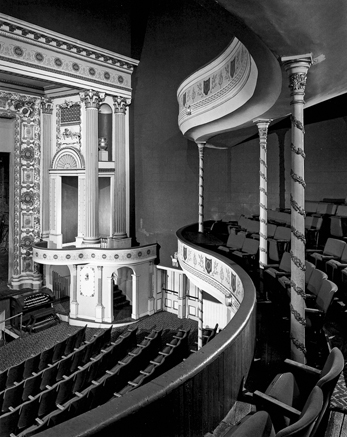 The Thalian Association is the name of a succession of amateur theatrical companies active in Wilmington for more than 200 years. Wilmington gentlemen organized the first "theatrical corps" sometime around 1788, reportedly inspired by a local appearance by a traveling professional company. The name was derived from that of Thalia, the Greek muse of comedy. The troupe used the theater in the Innes Academy, at the northeast corner of Third and Princess Streets, as a stage for its performances.

Innes Academy was named for James Innes, who came to the Cape Fear area about 1735. In his will he bequeathed "all my books and 100 pound Sterling or the equivalent there unto in currency of the country for the use of a free school for the benefit of the youth of North Carolina." For this purpose he also willed a plantation. On 28 Apr. 1803, the trustees of the Wilmington Academy began advertising for bids for "a house in the town of Wilmington suitable for an Academy and Theatre." By December 1806 the academy building was sufficiently finished for the gentlemen of the Thalian Association to present the first of several performances in the new theater. The bill was the Lovers Vows, a comedy in five acts, and David Garrick's farce, Neck or Nothing. The performances were presented as a benefit for the completion of the academy.

Throughout the first half of the nineteenth century, Innes Academy was the predominant site for performances of drama in Wilmington. In addition to the Thalians, professional touring companies also played there. In 1850 the theater was leased for extended engagements of the Jefferson & Ellsler Company. Joseph Jefferson, at this time in his early twenties, would become one of the most beloved actors of the American theater. Of his arrival in Wilmington, Jefferson wrote, "the days were spent in preparing the dusty old rat-trap of a theatre for the opening."

On 12 Aug. 1856, the Thalian Association signed over its interest in the Innes Academy to the city of Wilmington, which was planning a new city hall on the site. In return, the Thalians were granted a lease on a municipal theater planned for the building's east wing, on condition that the group pay half the cost of equipping and furnishing the theater and agree to an annual rent. On 12 Oct. 1858, the new Thalian Hall had its gala opening. 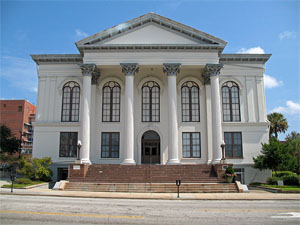 The modern Thalian Association has presented at least one production each year since World War II. Members of the group have also been active in the preservation of Thalian Hall. Thalians successfully lobbied for funds for major restorations of the theater in 1938-41, 1947-52, and 1974-75. After several renovations and additions, the most recent completed in 1990, the building still serves Wilmington in its intended capacity.

In 2007, the North Carolina General Assembly designated the Thalian Association of Wilmington as the Official Community Theater of North Carolina.