In 1802 the portion of the settlement south of the line was ceded to Georgia as part of the federal agreement whereby Georgia ceded Alabama and Mississippi to the federal government. This settlement was then organized by the Georgia legislature as Walton County. Those holding North Carolina land grants in the vicinity, however, did not recognize Georgia's authority over the area. This resulted in a number of incidents in December 1804 in which Walton County officials sought to impose Georgia law on the North Carolina settlers and collect taxes. In one of these confrontations, North Carolina constable John Hafner was killed when he was struck in the head with the butt of the musket of Georgia official Samuel McAdams. The North Carolina militia was ordered into the area to arrest the offending Georgia officials. All of the Walton officers ultimately escaped from jail before trial and fled to Georgia and South Carolina because they were under capital indictment for Hafner's murder. This exertion of authority by North Carolina, however, demonstrated that the settlement was too remote from the seat of power in Georgia for that state to enforce any legitimate claim.

By 1807 Georgia and North Carolina had agreed that the dividing line between the two states should be the thirty-fifth parallel. A joint survey by the presidents of the University of Georgia and the University of North Carolina revealed that the entire settlement was in North Carolina. Georgia did not recognize the validity of this survey until 1811, when it was confirmed by an independent survey performed by Andrew Ellicott (who located the boundary at Ellicott's Rock).

Although the Georgians who had been arrested in Hafner's death had fled, North Carolina granted amnesty to the other Walton County officials and reintegrated them into the settlement. 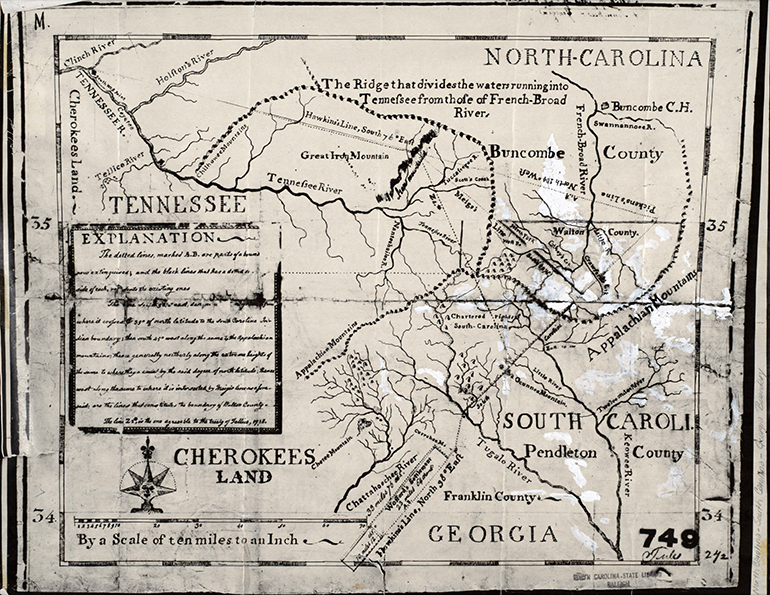 Cal Carpenter, The Walton War and Tales of the Great Smoky Mountains (1979).